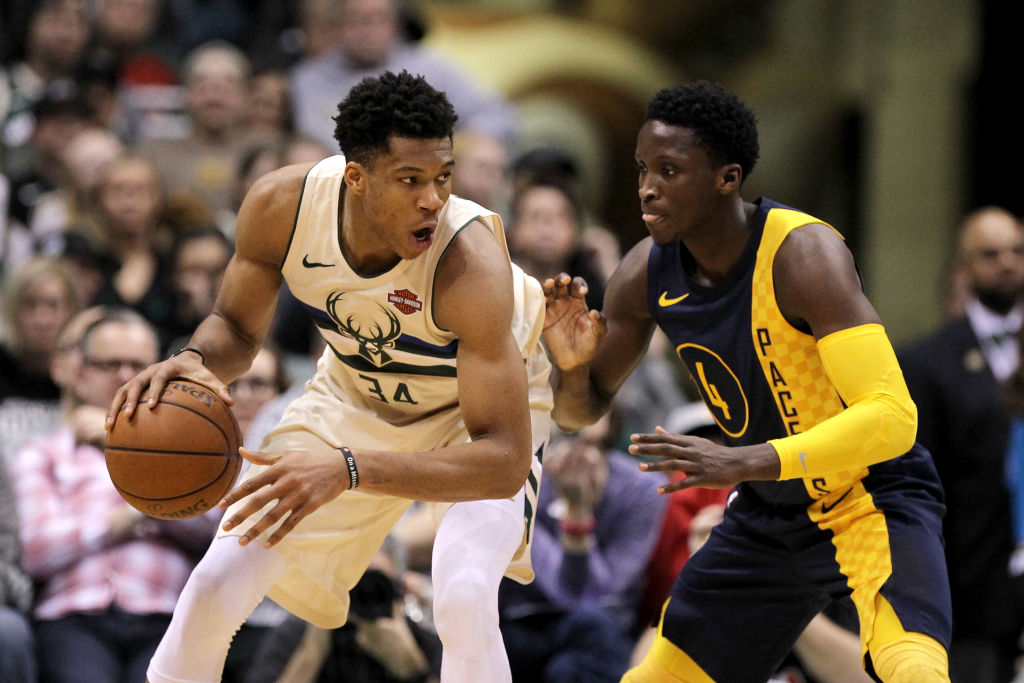 With one year left on two-time MVP Giannis Antetokounmpo‘s contract, the Bucks must convince him to re-sign and commit to the team long-term. Milwaukee might have to make roster moves in order to make a championship push next season.

One player who the Bucks have reportedly looked into is Victor Oladipo, reports The Ringer‘s Kevin O’Connor. Although, O’Connor notes that “at this point [a trade] seems unlikely.” Oladipo, 28, has one year left on his contract and is reportedly looking to sign a max deal.

Interested teams could view Oladipo in two ways. He could be acquired as a one-year rental for a deep playoff push, while also preserving 2021 cap space. Other teams might view him as a long-term piece and want to sign him to contract extension.

Whether it’s Victor Oladipo or someone else, the Bucks busy looking into ways to build upon their disappointing 2019-20 season.