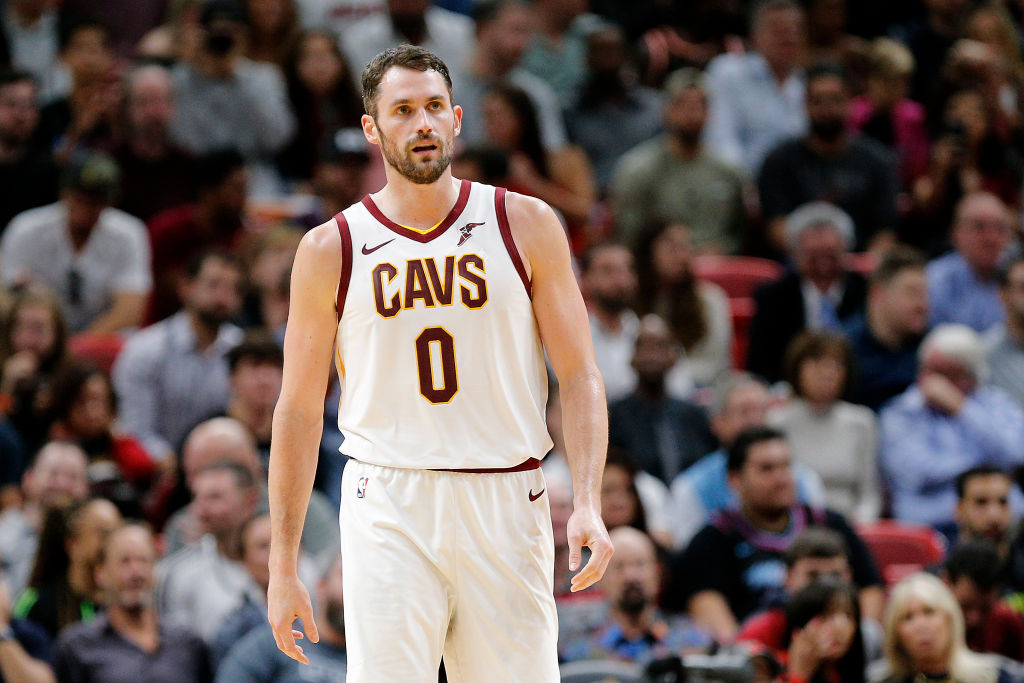 The Cleveland Cavaliers are said to be listening to trade offers for veteran big man Kevin Love. It’s a revelation that, at face value, really comes as no surprise but may be worth exploring anyway.

We’ve heard from three prominent ESPN reporters and The Athletic over the course of the past few days, all recounting various aspects of Love’s current situation with the struggling Cavaliers.

For a crash course in the entirely unsatisfying latest Kevin Love trade narrative, consider the following:

In essence, the veteran remnant of a contender isn’t thrilled to be playing for the franchise as it drags itself through a rebuild. Said player would prefer to play for a winning team and his organization is open to the idea of trading him.

None of this is any more true than it was six months ago, let alone groundbreaking.

The question is what the Cavs might be able to get in exchange for him given the $120 million owed to him through 2022-23.

There are no shortage of contending teams that could benefit from Love’s skills and experience but his contract makes him a significant investment. Not surprisingly, the type of team interested in adding Love as a final piece is also the type of team at or above the salary cap.

Complicating matters is the fact that the Cavs themselves are pressed up against the luxury tax and would have limitations in what they could take back above and Love’s deal.

In essence, Cleveland couldn’t just resign to fate and play the role of contract garburator in an effort to net draft assets because they’d have to take back equal or lesser value from a team in a similar predicament themselves.

If Cavs general manager Koby Altman commits to keeping the organization below the luxury tax, they’d almost certainly need to find a team willing to take back more in a deal then they’re giving up.

Does that all but rule out tax-bound contenders like the Trail Blazers and Rockets? Potentially so.

There are a few teams with some space under the tax threshold to spare – teams like the Boston Celtics, Utah Jazz and Dallas Mavericks – but any commitment to Love would be a commitment until 2023.

For that reason, the Cavs may be hard-pressed to find sufficient value for Love, even if they have several teams that would benefit immensely from the addition of the five-time All-Star.

Consider the Love situation similar to the Chris Paul situation in Oklahoma City. Nobody denies that the Thunder or Cavaliers are interested in unloading their misplaced veteran stars but that’s not – and has never been – what stands in the way of a deal.