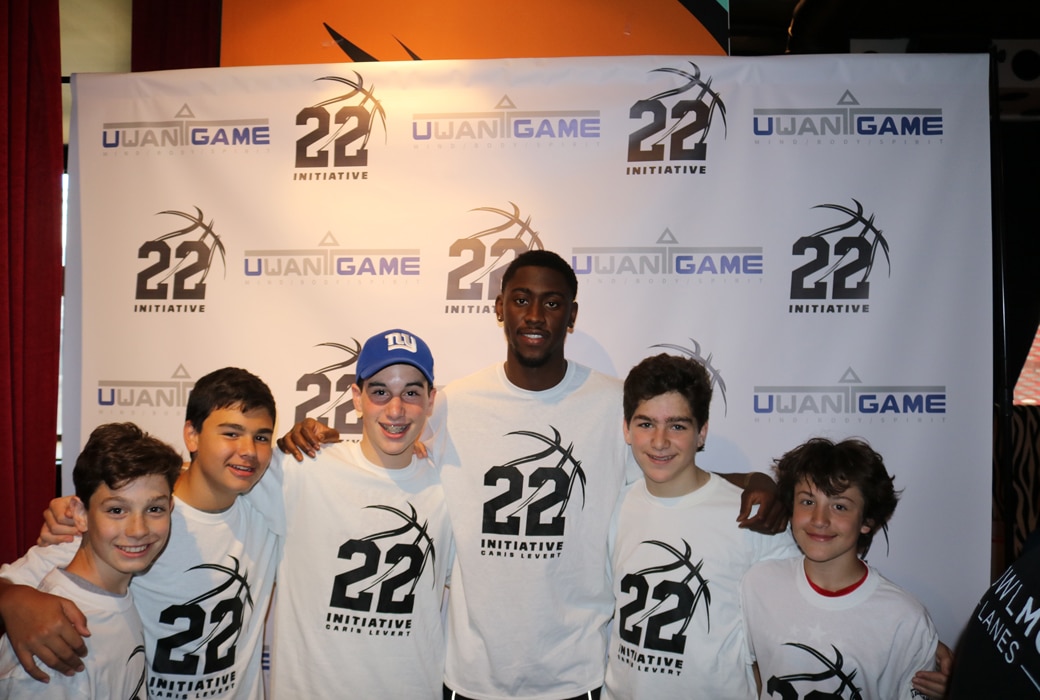 Last month, Caris LeVert’s inaugural 22 Initiative came to a conclusion, coinciding with the end of the 2019 NBA season. The 24-year-old rising star for the Brooklyn Nets established his initiative in partnership with the non-profit organization UWantGame to provide a once in a lifetime learning experience to 22 sports minded high school students in the New York City area.

“We did a lot of different cool things,” says LeVert. “We went to the Nike headquarters [and] talked to the execs there. They went to a Nets game, got to talk to Sean Marks and things like that, so it’s been huge for the kids so far.”

In addition to their trip to the Nike office and meeting with the Brooklyn Nets GM at Barclays Center, the kids had the opportunity to visit both the ESPN and Bleacher Report studios and also met with BSE Global CEO Brett Yormark. On each of their trips, the students were given a chance to ask questions to the executives from each company, who in return provided them with insight into the business world and overall sports industry.

After a year of mentoring the kids, the only thing left to do was celebrate. To wrap up the school-year long initiative, Caris hosted a bowling party at Bowlmor Times Square for all the participating students and their families. Not only was LeVert there early, moments later, his teammate Rondae-Hollis Jefferson also made an appearance in the bowling alley—surprising both Caris and all of the participating students to cap off an incredible year.

When Levert was a teenager his mother was diagnosed with Multiple Sclerosis, which ultimately prompted his entrance into charity work once he was established in the NBA. He now participates with his mother, Kim, in the annual Walk MS event to raise awareness and money for fighting MS. The former Michigan star has always been charity and community minded, with the inspiration for his own initiative coming directly from the kids he is able to impact.

“I’m huge with helping kids out [and] mentoring. Growing up I had dreams of being an NBA player but I never really knew any of them so I always said that when I did make it I wanted to give back to the community.”

Caris found himself constantly absorbing knowledge and new-found energy from the very same kids he was mentoring, and therefore he’s quick to note the benefits of working with the youth.

“Kids watch everything. Kids are super smart. You can learn from kids almost more than they learn from you, and it’s a constant learning environment so I just love being around people of all ages but especially young people cause they are so observant.”

LeVert hopes that his mentees will not only learn professional skills through their exposure to business executives in sports, but also, and most importantly, essential life skills and lessons from their bond with him and their peers.

“I think the most important thing in life is building relationships and the people you meet,” he says, adding that in the end the program’s efforts are only a success if it leads to the kids wanting to further expand their network to broaden their options down the road. “I wish that they’re working, I really wish they’re working”

Caris will take on 22 new students in September with the start of what looks to be a promising Brooklyn Nets 2019-20 campaign. As LeVert’s career rapidly develops, so will the lives of another 22 local high school students fortunate enough to participate in his one-of-a-kind initiative.

Max Weltz is a contributor to SLAM.