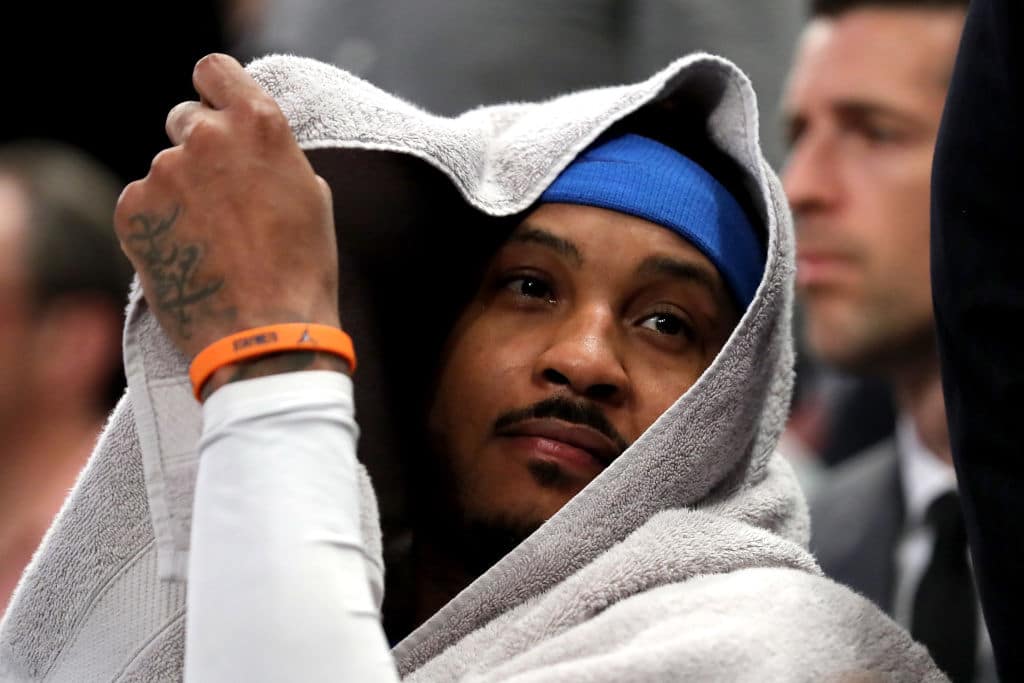 Carmelo Anthony only attempted six shots Monday night, finishing with four points, and said he’s fine with that since the OKC Thunder earned a 95-94 win against the visiting Denver Nuggets.

Carmelo Anthony on only getting six shots: “Yeah, I’m good with it. If we win. I’m cool with that, man.” pic.twitter.com/vo8vIwRhrg

Paul George on stepping aside as Westbrook carried OKC tonight: “We’re livin’ and we’re on his back with that.” pic.twitter.com/EjJO61UZNp

“I’m good with that, if we win. I’m cool with that, man,” Anthony said of his shot total. “[Westbrook] had it going, and any time he has it going, we just gotta space it out, play off of him, let him work. The ball will find us. As far as the shots go, there’s going to be nights like that. I think that’s something we have to accept. It’s different, but we have to accept that. But tonight, he had it going, and we followed his lead.”

Anthony has repeatedly talked this season about “sacrifice” as he adjusts to playing in a complementary offensive role. Against the Nuggets, Anthony took only two shots in the second half, missing both, including a wide-open spot-up 3-pointer in the fourth.

“A lot of times, my man is not leaving me,” Anthony said. “Opposing teams, coaches’ defensive schemes is telling them to always keep a body on me. … As a result of that, me being a decoy opens it up for a lot of people.”