Carmelo Anthony Critical of the WNBA for Fining Protesting Players 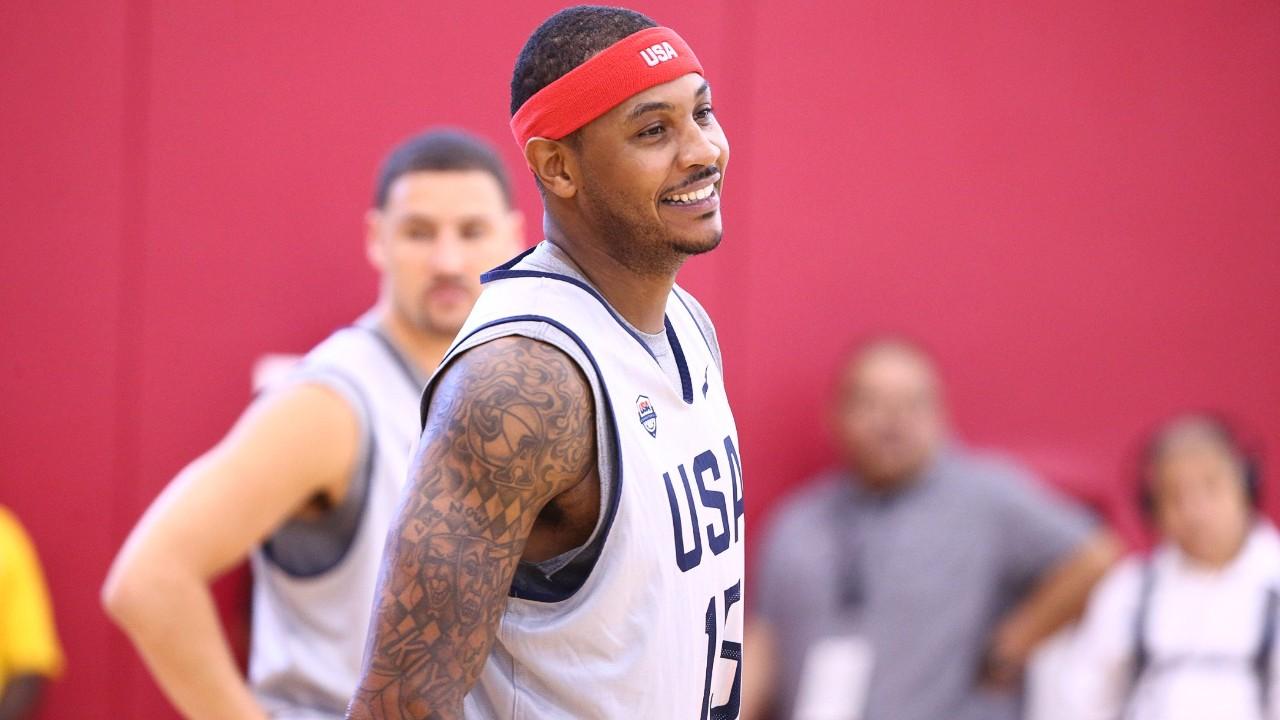 Carmelo Anthony, perhaps the most socially-conscious superstar in the NBA, can’t understand why the WNBA levied fines on teams and players who wore anti-violence warmup shirts.

The NBA carefully side-stepped the explosive issue when its own players took similar actions a couple of years ago.

Melo announced that he’ll be holding a “town hall meeting” in Los Angeles.

The NBA-run league has fined the Liberty, the Phoenix Mercury and Indiana Fever $5,000 each and their players $500 for wearing all-black warm-up shirts during pregame shooting drills, instead of their normal uniform tops. The players appeared to be wearing all-black shirts to protest recent police-involved shootings of black men. […] “I don’t see no reason to fine them,” Anthony said before Thursday’s U.S. Olympic team practice at UNLV. “If anything you should want to support them. I don’t know details, but don’t see a reason to fine them.”

“A bunch of teams did it,” Anthony said. “Everyone has their own freedom of speech if they decide to use the platform. I don’t see no reason for anybody to get fined. We did it [3 ¹/₂ years ago after the Trayvon Martin shooting]. The NBA did it. The NBA was very supportive. I don’t see any difference in this matter. Right now the players have a very strong stance in what they believe in right now. I don’t think anyone should be fighting that at this moment.”

Earlier this week, Anthony said he was planning a “town hall meeting” when the Olympic squad hits L.A. for more practices and an exhibition game. Anthony said the meeting, tentatively scheduled for Monday, likely will be an invitation-only event and closed to the media and general public. Anthony said his “team” is in L.A. canvassing communities on what topics should be broached. […] “Still organizing, [but] I don’t want to call it a town hall,” Anthony said. “I like to call it more a conversation. We want to get some of the local politicians. We want to get youth, kids, adults, officers, teachers, community leaders and athletes just there having this conversation and this talk. Both sides hearing each other out.”