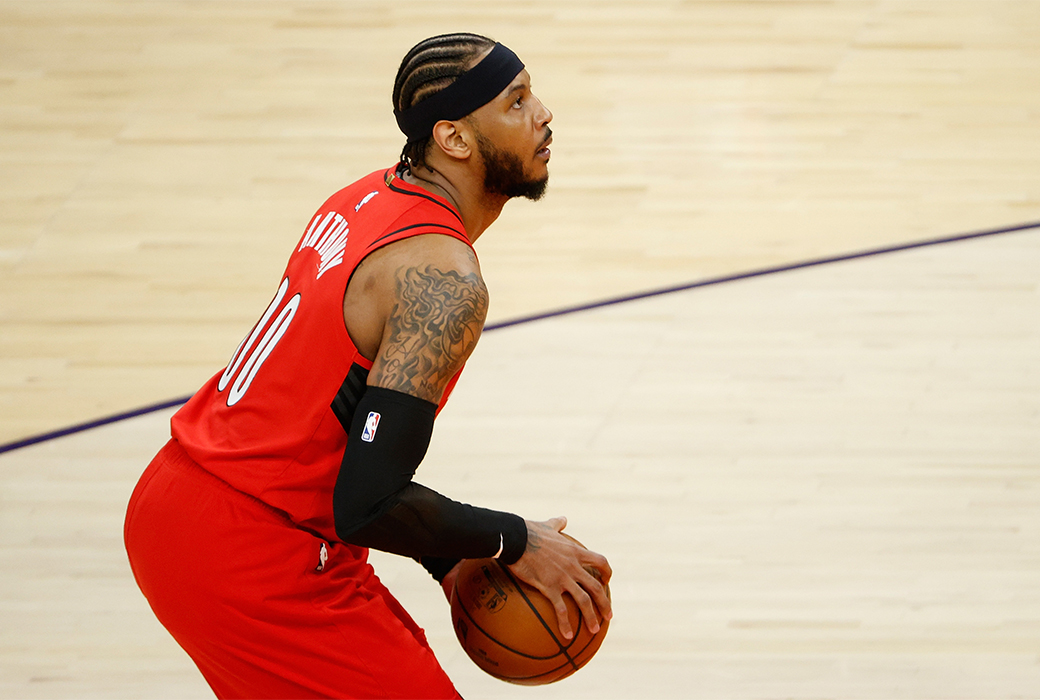 For as long as Carmelo Anthony has been around the NBA, he has never faced his former team, the Denver Nuggets—who drafted him back in 2003 as the third overall pick.

This upcoming weekend, all of that changes.

Carmelo’s Portland Trail Blazers take on the Nuggets in the first-round of the playoffs starting Saturday. Anthony wasn’t with Portland when they faced the Nuggets in the 2019 playoffs. Portland won that series in seven games to advance to the Western Conference Finals, but was swept by Golden State.

Surprisingly, Anthony stated that he hadn’t realized that he’d never faced his first NBA team in the postseason. But he holds a certain fondness for those times in a Nuggets uniform.

“It’s a lot different now. My mindset is different. My goals are different. We’re going in there trying to win,” he said. “So, it’s a different type of mentality, but deep down inside I know that Denver will always hold a special place for me.”

“Deep down inside, I know that Denver will always hold a special place to me.” @CarmeloAnthony | #RipCity pic.twitter.com/lDyMu6v3mC

Anthony played in Denver for over seven seasons, leading the team to the Western Conference Finals following the 2008-09 season ending in a loss to the Los Angeles Lakers.

He was then traded in 2011 to the New York Knicks, where he played six seasons. Melo also spent a season in Oklahoma City and 10 games in Houston before being traded to Chicago, ultimately getting released.

Anthony sat out a year before being signed by the Trail Blazers in November 2019 for his locker room presence and veteran leadership.

This season, Anthony leads the bench unit in scoring with 13.4 points per game.

Throughout his playoff career, Anthony has overall averages of 23.9 points, 7 rebounds and 2.5 assists with the Blazers, Nuggets, Knicks and Thunder.

The Blazers and Nuggets will play Game 1 in Denver on Saturday.