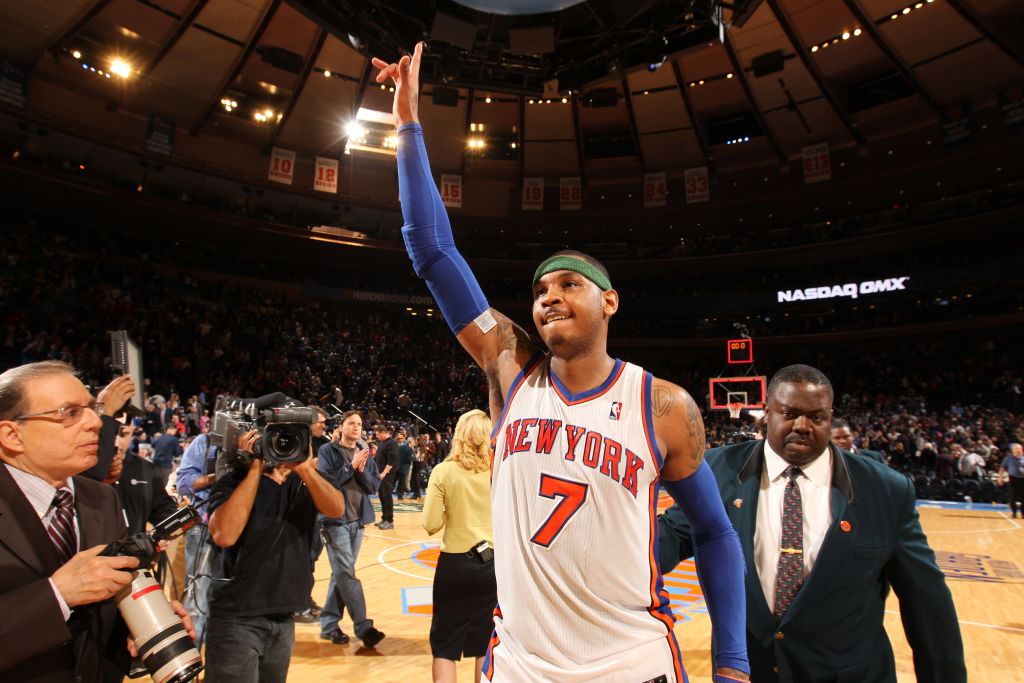 Carmelo Anthony is one of the purest scorers the game has ever seen and a future NBA Hall of Famer. He was also the most recent guest on J.J. Redick’s podcast, The Old Man and the Three, and discussed his time with the New York Knicks and why they didn’t have as much success as he would have liked.

While Anthony himself was exceptional in his seven All-Star seasons with the Knicks, averaging 24.7 points and 7.0 rebounds per game on .369 shooting from deep, the team never was able to make it to the conference finals. While we all know that this wasn’t Anthony’s fault, he opened up and gave his thoughts on why they weren’t able to have that success on the podcast.

The first issue in his opinion was the number of players that came in and out during his time with the team. There was never a consistent core of guys who could mesh and learn to play well together.

“I had over 100 different teammates in seven years. And you’re putting this on me?”

Anthony would go on to mention that perhaps the reason he played with so many different teammates was due to Phil Jackson, who was President of the Knicks for a good portion of Melo’s tenure in New York. Jackson wanted to implement his famous triangle offense, which meant completely re-tooling the team and picking the team apart.

“When Phil came, it was like, ‘I’m going to do it the way I want to do it…I’ve got to bring in personnel that fit the system that I’m trying to run. This guy doesn’t fit into the triangle. I don’t want these types of guys.’ So he started slowly picking the team apart and putting in his pieces that he felt would work in the triangle.”

As we all know, the triangle offense simply didn’t work in New York it did with Jackson’s teams of the past. It was a new era of basketball, with completely different play styles that didn’t fit this old-school offense. Teams were able to adjust to this defensively and shut it down.

“When you’re playing that way for all 48 minutes, teams make adjustments, but you’re not making adjustments…You just keep playing that way and the ball will find you, right? Body movement and ball movement, that’s what it is. Wherever you pass the ball in the triangle, that dictates what happens in the offense. When you start learning that and start figuring it out from a cerebral standpoint, it’s like, if they make and adjustment we’re done. If they deny the two-guard front, we’re done. If they deny the blind pick, we’re done. So teams started to do that and get smart.

It makes sense, the triangle just wasn’t an offense that was built for the modern generation of basketball. With as many players that came through the revolving door that was the New York Knicks, there was never the cohesion and chemistry that was needed to have success in the playoffs.