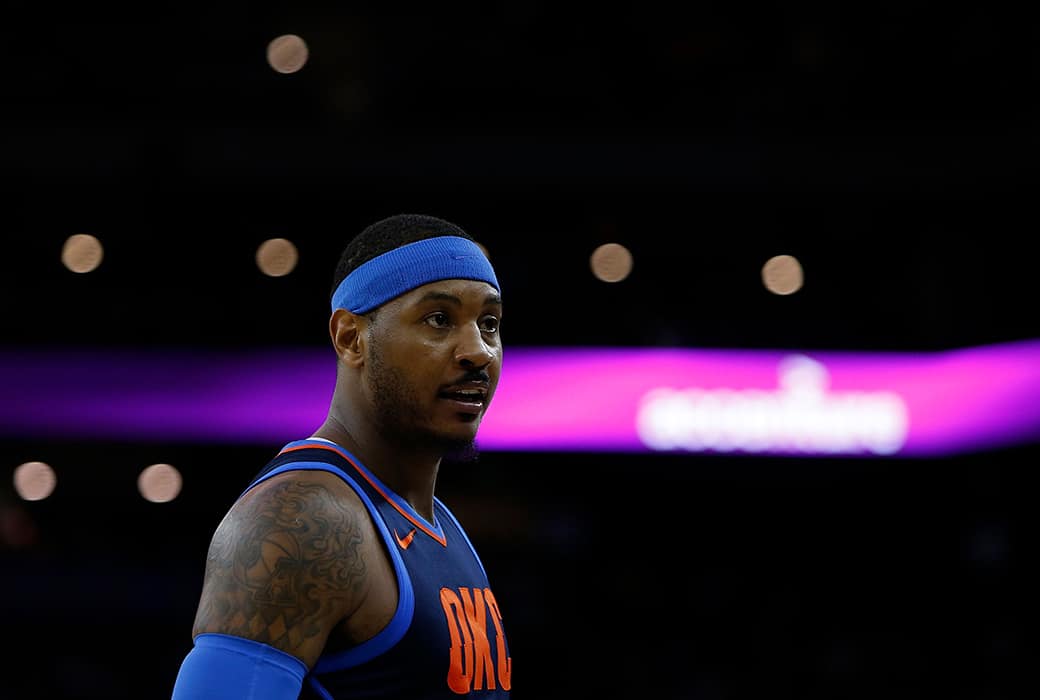 Carmelo Anthony, with a bucket against the Raptors today, joins LeBron James and Dirk Nowitzki as the only active players in the NBA’s all-time top 20 scoring list. Anthony continues to move up the list. He passed Jerry West earlier in the season and now has Alex English in his sights for 18th overall.

Anthony spoke about climbing the scoring ranks recently, saying he “never dreamt of it.” 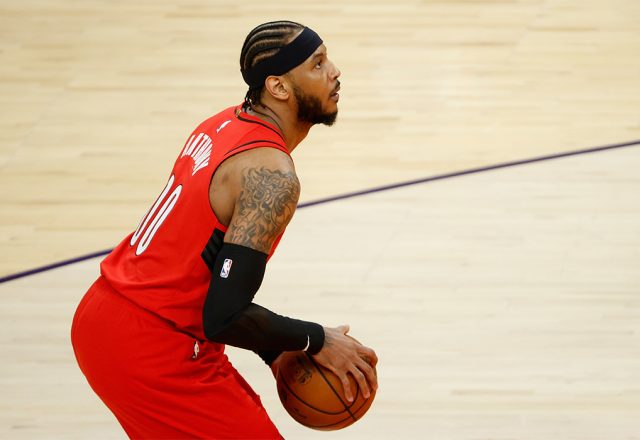