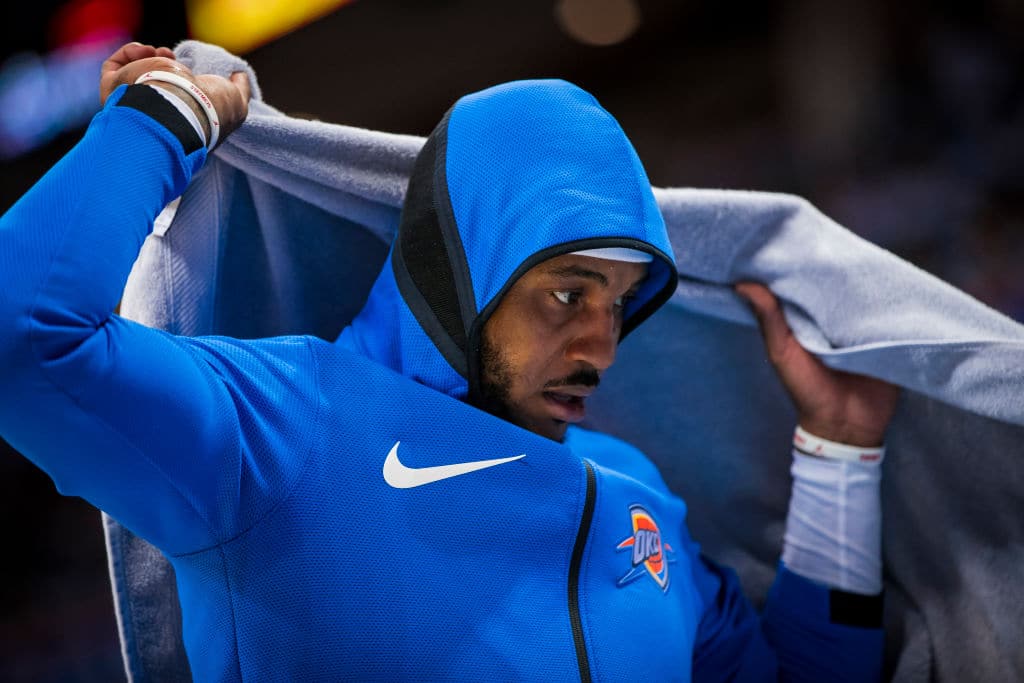 Carmelo Anthony will soon join his fourth team in one year, and says this is now the “new norm” in the NBA.

Anthony was traded to Atlanta in a three-team deal and concedes that playing in OKC last season “wasn’t a good fit.”

Bumped into Carmelo Anthony at a private Nike event on Wednesday night. He opened up to me about his experience in OKC, and what it might mean for his legacy if he joined the Rockets https://t.co/nC6GZBWlqY

The Hawks are expected to waive Melo, clearing the way for him to possibly join the Houston Rockets.

“To get bought out, to get waived, you were looked at like, you’re done,” said Anthony, who was in Washington, D.C., to attend a private Nike event Wednesday night. “Now, it’s just almost like the norm. If something doesn’t work, go ahead and get a buyout or go ahead and get traded. That’s the new norm in our society in basketball. I had to get over that.

“I had a conversation with my wife and family. I said to them, I’m not taking no buyout. I’m not getting waived. And they said, at the end of the day, nobody is going to know that. You have to do what you have to do. It’s going to be a blip on your radar. It’s on to the next chapter. It took me a while to get to that point where I’m like, OK, I’m going to accept it.”

Anthony was coy about the possibility of joining the Rockets. Coincidentally, video footage of him playing basketball with James Harden and good friend Chris Paul in Los Angeles made the rounds on social media Wednesday.

“I think winning, at the end of the day, rewrites everything,” he said. “It settles everything. I also look back at this past year. When we were winning, the story was written already. When we started losing, the story is written. It’s almost premeditated. I’m playing ball. I’m happy. I’m excited about what’s to come, wherever that may be.”

Related
Carmelo: Thunder Had ‘No Strategy To Me Being Here’