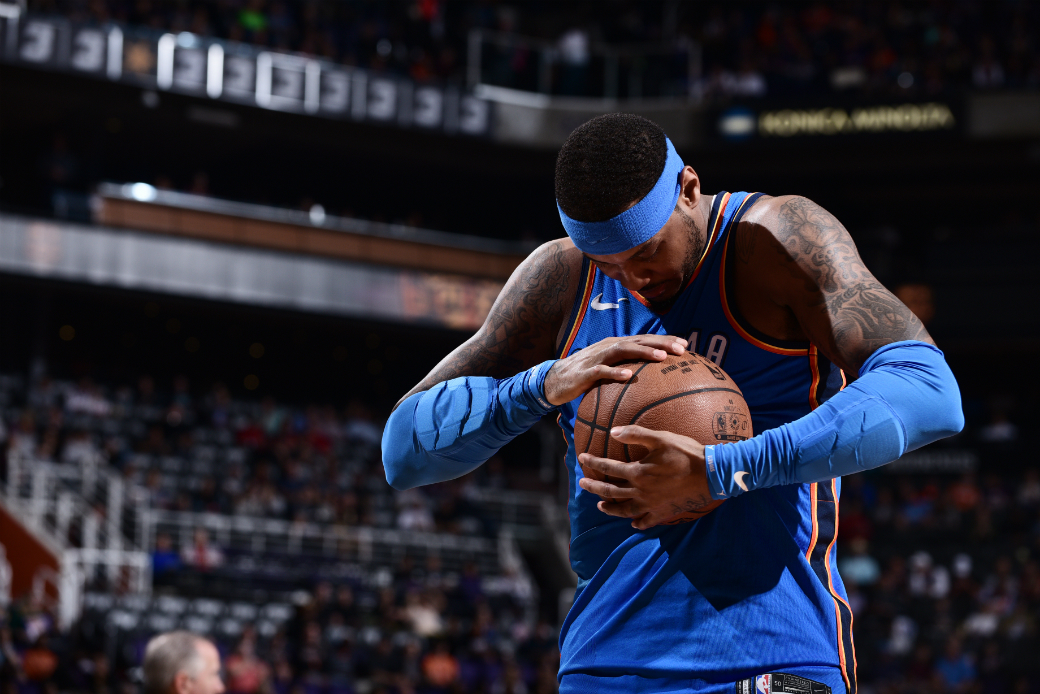 Melo, who now has 25,210 career points, accomplished the feat in the first quarter with this triple:

Afterwards, he told reporters that cracking the top 20 was something he never “ever dreamt of,” per Fred Katz of Norman Transcript:

Carmelo Anthony on passing Jerry West to get into the top 20 on the all-time scoring list: “It’s something that I’ve never ever thought of, ever dreamt of” pic.twitter.com/oYRmrrCOYl

It’s an honor. I don’t want to sit here and say that it’s not…It’s a blessing to be on that list. Top 20. I don’t really know what else to say about that. I wish it would’ve come with a win tonight, but aside from that, I accept it and I think I should be proud of making that list. Being top 20 in the history of this game is something that I’ve never ever thought of, ever dreamt of.

Over 15 seasons, Anthony has averaged 24.3 points per game on 45 percent shooting.

RELATED
Carmelo Anthony: NCAA Will Have Problems Until It Pays Athletes