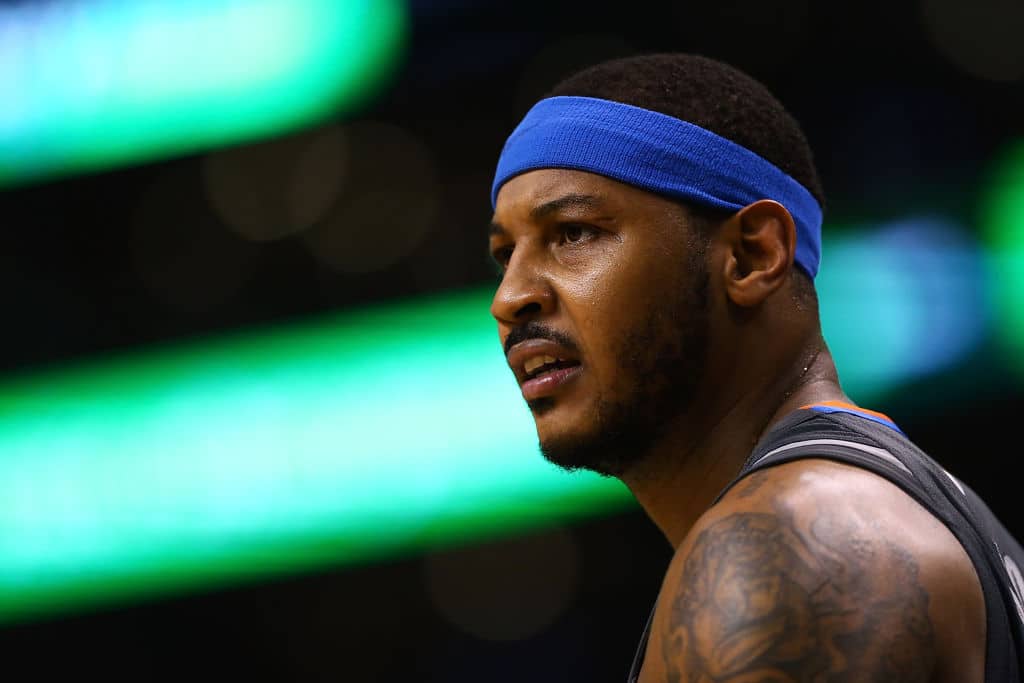 Carmelo Anthony finished with six points and missed 10 of 13 shot attempts in the OKC Thunder’s 108-105 loss to the visiting Portland Trail Blazers, but refused to beat himself up over his shooting woes.

Billy Donovan on why rolled with Melo instead of Grant in the closing lineup: "I’ve got confidence in [Melo]. So, we’re gonna go with him in that situation. That’s just how I felt. " pic.twitter.com/QPa2RsyfD5

Donovan says he will continue to stick with Melo at crunch time.

Per The Norman Transcript:

“When you look at it as a whole, you see the Boston game, then tonight missing three 3s down the stretch, as an individual that’s made those shots before, it’s tough to look at,” Anthony said. “And you always question yourself of what happened or didn’t happen, but you can’t beat yourself up about it.”

[Donovan] called Anthony “a great communicator on defense” following Sunday’s loss, despite the veteran’s career-long act as a non-defender. Donovan reaffirmed his faith in the process.

“To discredit what he’s done for our team the entire year, the sacrifices he’s made, the way he’s worked, I just got a lot of confidence and belief in him. And I know he’ll be better from this,” Donovan said. “But just to sit there and say, ‘OK, he’s not getting it done,’ and just to yank him out and sit him, you’d be asking me, ‘Why was he sitting?’ That would be the next question.

“So, I believe in Carmelo. I think Carmelo has been an unbelievable team guy. He’s giving great effort all the time. He didn’t play a great game. And I think as a coach, you want to have some level of consistency coming down the stretch.”