A change of scenery will likely unleash Melo. 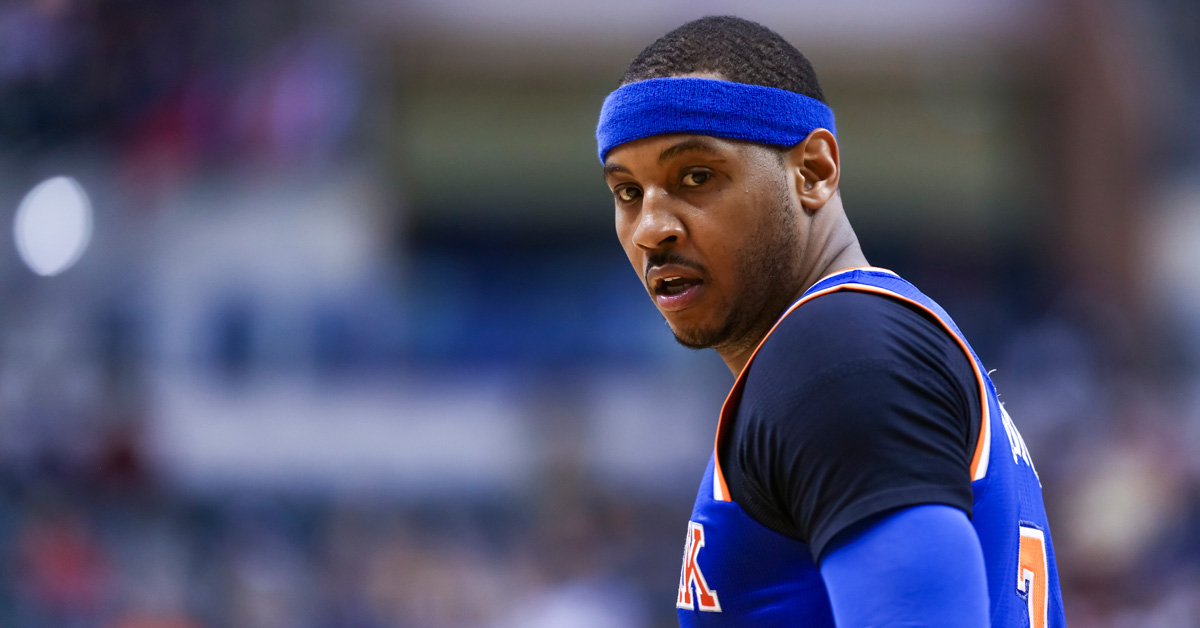 He was below Al Horford, and I’m glad the smarter people at this magazine corrected for me, because I am an idiot, and I am ashamed, and I am going to be proven instantly wrong.

Carmelo Anthony was traded for an expired Clif bar and proprietary laundry tokens this past weekend. He is now on a team that will force him to realize his true destiny of being one of the best third options and facilitating power forwards who’s ever lived.

There is no way in hell Carmelo would’ve figured this out unless he was behind Russell Westbrook (ball dominant maniac) and Paul George (so good Melo will graciously move to the 4), and now he is. If things go like they should, this part of his career should be his legacy.

Remember, he’s been in this position before and he wound up becoming the most important player on a team full of MVPs, future Hall of Farmers, all-time greats, and Harrison Barnes. After his 2016 Olympics stint, he’s the all-time leading scorer in Team USA history. On the game he pulled it off, he added eight boards. A few games later, he broke the Team USA rebounding record, beating Dream Team-era David Robinson.

In games when he wasn’t scoring, he deferred to better teammates. In a nailbiter against France, where Klay Thompson was doing stupid cheat code things he does once every two months now, Melo had five assists and Klay had 30 points.

This is what it’s going to be like. This is like when the Pistons got ‘Sheed, or when the Lakers got Pau in ‘08. He is a matchup nightmare the Thunder got for pennies, and they just got catapulted from fringe contender to a team that could be aggressively turning down Donald Trump next September.

Call him the Final Piece, call him Olympic Melo, call him Ultimate Twilight Melo, call him Hoodie Melo. All that matters is he’s not Disgruntled Knicks star Carmelo Anthony anymore, and that’s what’s going to make us all look dumb.

I mean, was disengaged, grumpy, ISO Hell Melo really a less valuable NBA player than Goran Dragic next year, which is something I wrote down on a list a month ago? Or did we just forget what this guy is capable of when he believes in the team around him?

The answer is the last one.

The only real question here is this: Who on the staff knew this trade was coming? Why was this due two days after the trade? Is Adam Figman a member of the Illuminati? If he is, why did the Illuminati decide to start letting people wear tee shirts to work?

The Illuminati is slipping. Carmelo no longer is.