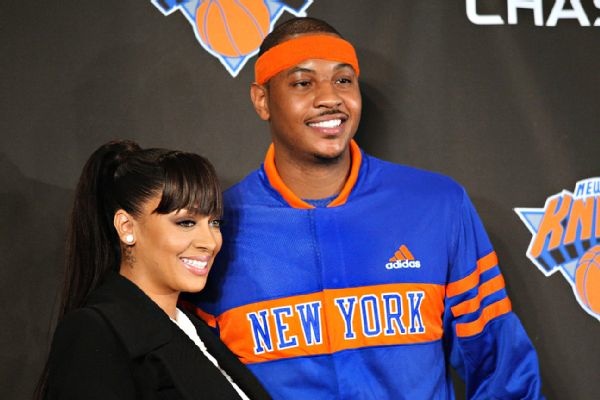 One of the most important voices in the Carmelo Anthony Free Agency Saga has spoken, and delivered good news for Knicks fans.

According to LaLa Anthony, her husband will choose to remain in New York next summer.

“I definitely think he will stay [in New York],” La La said in her interview on Sunday. “I know that he wants to stay and I support him wherever he wants to go.”

Melo’s wife also mocked the public perception that she’s behind his free agent decision-making. And because this was on Bravo, LaLa was naturally asked about the couple’s beliefs on pregame sex.

While discussing his future on Monday, Carmelo Anthony said all that matters going forward is a realistic opportunity to win an NBA title — be it in Gotham or elsewhere.

Make of that what you will.