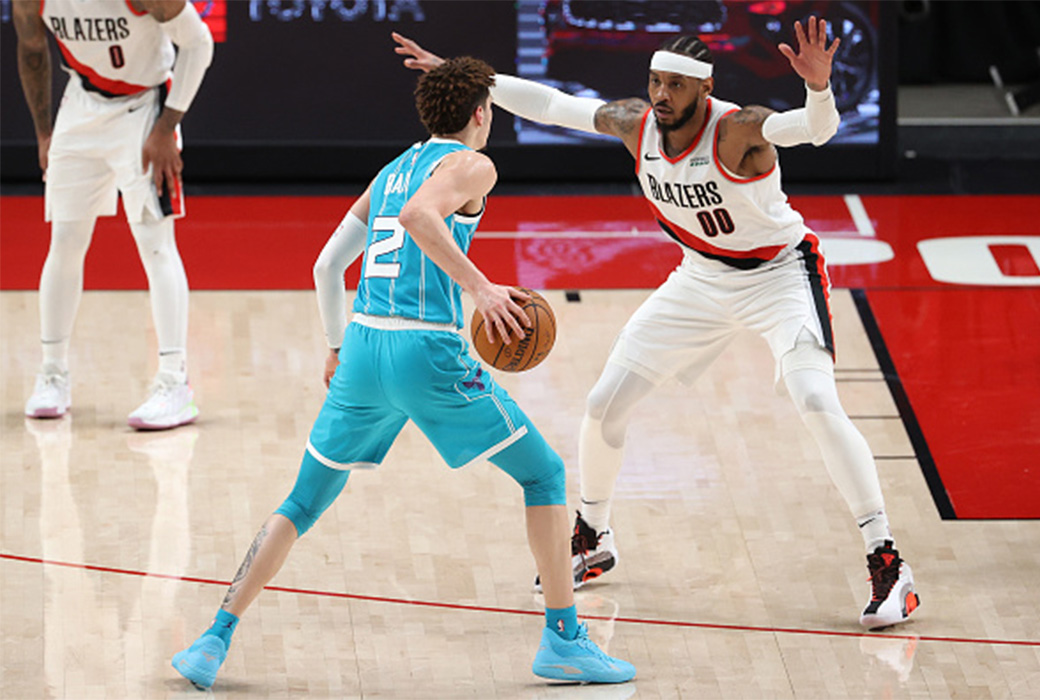 Ever since LaMelo Ball stepped foot into the league, there has been a never-ending Twitter debate about whether or not it’s permissible to call him “Melo”—considering that the nickname already belongs to 10-time All-Star, walking bucket, and NBA vet Carmelo Anthony. When Ball started mimicking Anthony’s three-to-the-dome three-point celebration gesture, everyone had something to say about it.

However, Anthony has given his stamp of approval to the Charlotte Hornets rookie to not only mimic his iconic celebration, but he also said that it’s an “honor” to share his name with Ball:

“There’s nothing nobody can do, nobody can say, I think LaMelo is going to be somebody in this game for a long time,” Anthony said, according to Yahoo Sports. “So, the name Melo you might as well continue getting used to that or stay with it. I don’t get into that though. For me, it’s a respect thing. It’s an honor for him to have that name, for him to embrace it, for him to do the celebration. It’s an honor, it’s a blessing, it’s a respect thing for me, so I embrace him.”

Ball continues to impress as a rookie and finished with 30 points and 8 assists in the Hornets 111-123 loss to the Trailblazers on Monday. Anthony finished with 29 points, two assists, and two rebounds.

After the game, the two swapped jerseys—solidifying that one generation has embraced the next.