SLAM spoke with Tuff Juice about his new book, friendship with Kobe and winning the 2011 title. 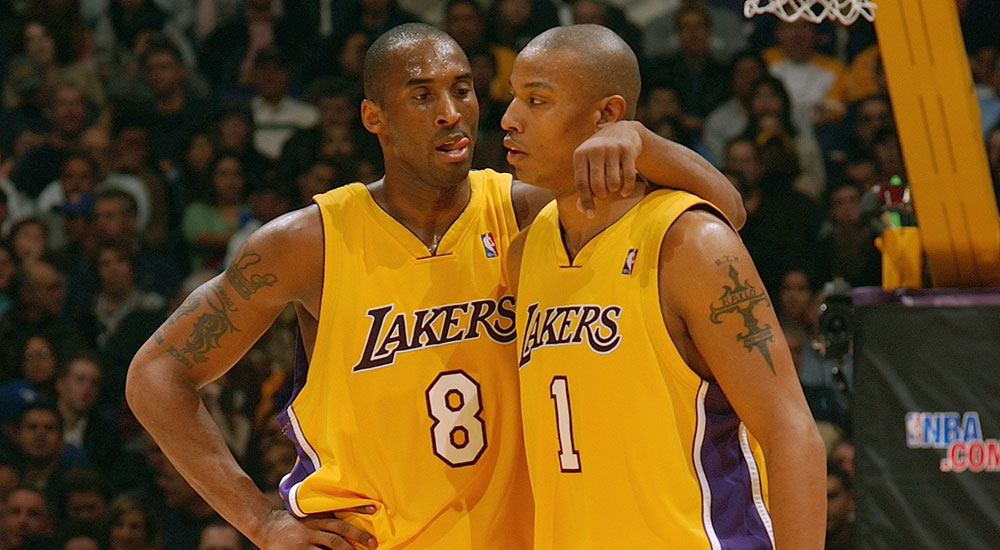 I’ve never met Caron Butler in my life. I’ve watched him play basketball on TV for almost 15 years and a few times from the nosebleeds at Madison Square Garden. He’s had a rock-solid NBA career, averaging 14 points and 5 rebounds per game. He’s been a two-time All-Star and was on the 2011 Dallas Mavericks championship team, though he was sidelined with a knee injury.

All throughout his career, Butler has played with superstars, most of the time as his team’s second best player. From Dwyane Wade to Kobe Bryant to Kevin Durant, Butler has made a lasting impact on teammates that he now calls friends.

So when Butler called Bryant to write the forward for his upcoming book, Tuff Juice: My Journey From the Streets to the NBA, Bryant did, writing that Butler was one of only four former teammates in 20 years that he became friends with.

“A lot of people don’t know this, but Kobe’s so helpful. He’s a real dude. He’s a real dude,” Butler says, using repetition for emphasis. “When I reached out to my brother, my friend, and asked him if he was gonna put his support in my project, he was like, ‘You already know. There ain’t nothing I won’t do for you, bro.’”

After 10 minutes of talking with Butler on the phone, I can easily see why. He never says “I” or “me.” It’s always “we.” He talks about “real ones” and staying completely true to himself. And he talks about perseverance.

“There’s so much that you think you probably know, but you have no idea,” Butler says. “And I think people are gonna be surprised by the adversity that we had to overcome. Not just one big hurdle, but it was multiple hurdles to get to this point. But we stayed goal-minded. We stayed goal-oriented and we continued to just move forward.”

Butler oozes loyalty and commitment. He loves his family and his community in Racine, WI. He wants to use this book to make a genuine difference in people’s lives and for people to gain hope by reading his story. “[This book] is something that you can give to a kid, or anyone that needs to be inspired,” Butler says.

Butler spent a good part of his childhood going down a dangerous path, involved with drugs. The book, Butler says, has actually been done for about a decade, but he wasn’t ready to open up until recently. Now he’s using his story and his emotions (he described finishing the writing process as “real moving, touching, inspirational”) to help kids in the same way that he was helped all those years back.

Butler certainly moved forward with his life. He’s been a constant on good teams for a long time now, with the stars wanting him on their teams. He credits guys like KD and Kobe wanting to play with him to being himself. “I’ve never tried to be anything else but who I was. I stayed true to myself,” Butler says.

Butler’s going into his 14th season, this time as a member of the Sacramento Kings, where he says he wants to help create a winning atmosphere, where the players have each other’s backs. The 2011 Mavs squad, Butler says, is a good example.

“After going down with the injury, the camaraderie that the team showed me, they were just like, ‘Man, we’re gonna do this for you. We gonna win this for you, man.’ And that was a brotherhood like no other,” Butler says.

“I learned how to be selfless and I learned a lot about myself during that title run. Being a teammate and being vocal and helping and planting seeds then and because of that run, that’s one of the reasons I was more comfortable talking about this book, because I learned a lot more about myself,” Butler says.

With this book about his incredible journey, everyone is going to learn a lot more about Caron Butler. Tuff Juice goes on sale on October 7, and Butler and the Kings tip-off their season against one of Butler’s former teams, the Clippers, on October 28.

Butler believes in the power of hope and inspiration. When he speaks, it’s easy to get lost in his greater message. At one point in our conversation, he says, “You can make it too if you just believe and continue to move forward.” Absolutely.