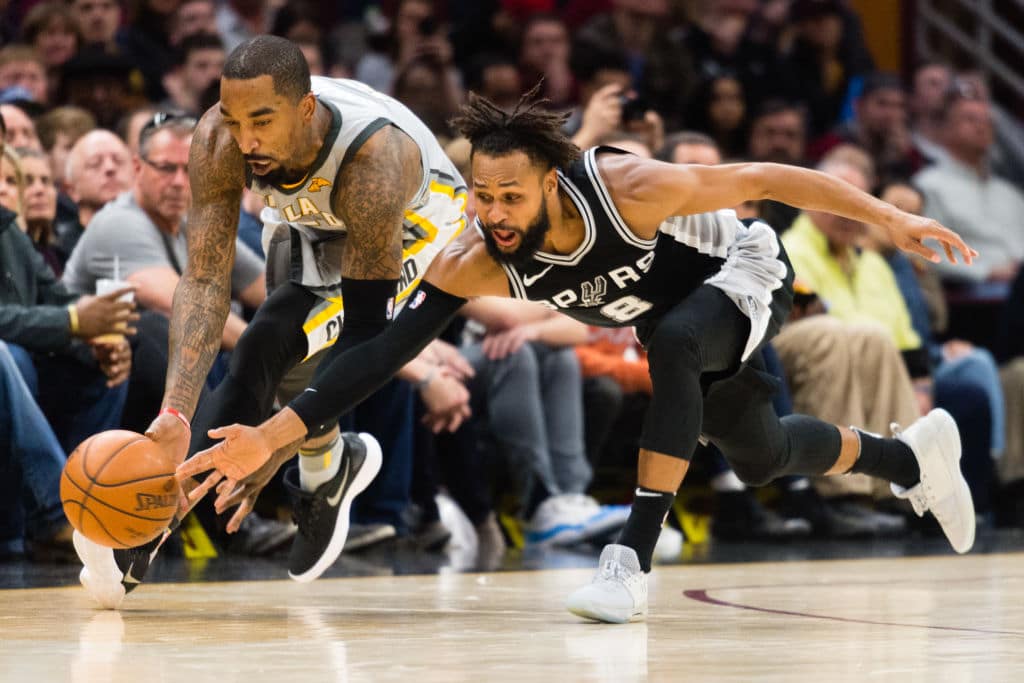 Patty Mills was subjected to racial slurs from a Cavs fan Sunday night.

The ugly incident, during which a man in the crowd at Cleveland’s Quicken Loans Arena shouted insults at Mills inferring he was Jamaican, took place late in the fourth quarter of San Antonio’s 110-94 win.

The Spurs’ Australian point guard tweeted that he hopes “this confused, hateful fan” can find enlightenment.

Thanks @thats_Z_Truth. I am a proud Islander. Like my Jamaican Brothers, me & my family in the islands of the Torres Strait have experienced racial slurs for decades. Hope your efforts will enlighten this confused, hateful fan. #BlackHistoryMonth https://t.co/yH3nKlGv4A

A fan tweeted a video of the incident to Mills — who’s part Aboriginal, and part Torres Strait Islander — who responded with hope, before shining a light on Black History Month.

It was otherwise a good night for Mills, who helped his team to a 110-94 win, dropping 11 points and five assists.

Mills is one of Australia’s highest profile indigenous athletes, and has been a prominent purveyor of indigenous culture, both in Australia and abroad.