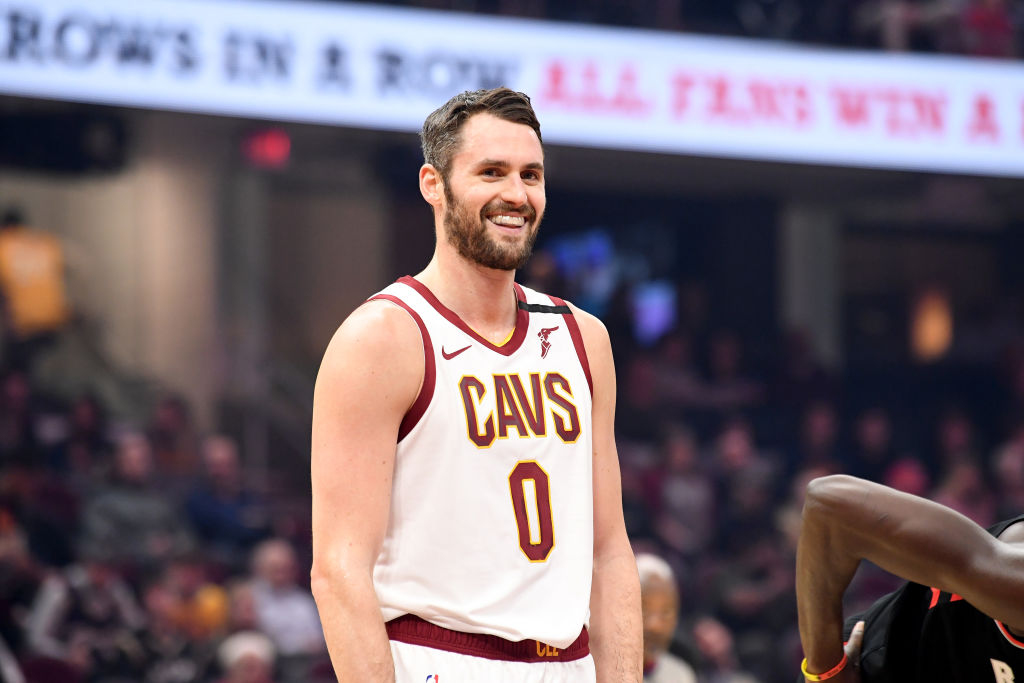 With the NBA trade deadline near, Kevin Love remains on the Cleveland Cavaliers. According to ESPN’s Adrian Wojnarowski and Bobby Marks, the team is resigned to the fact that they are unlikely to find a trade for the big man.

The pair concedes that something could come “out of nowhere” before Thursday’s deadline but otherwise a Love trade will have to wait until the offseason.

That’s a much different report than what we heard last month when there was “fresh optimism” that Cleveland could find a taker for Love. The 31-year-old big man is saying the right things while he waits to find out his fate but has had his tiffs with the team, clearly showing his frustration both in games and in interactions with the front office.

The power forward admitted that this season in Cleveland has “driven him crazy,” though he vowed to be better in regard to handling his frustration.

There are rumors that the outbursts have negatively impacted his trade value.

“There will be some frustration, there will be some human moments where it’s out there on the floor. I’ve told you guys all along I read like a damn cheap novel and I wear my emotions on my sleeve, but I need to be better,” Love told Chris Fedor of Cleveland.com.

The Trail Blazers are a logical fit if the former All-Star were to be moved this week, though Sam Amick of The Athletic recently heard that Portland’s interest is weak. The 31-year-old has three years and over $91M left on his deal after this season.