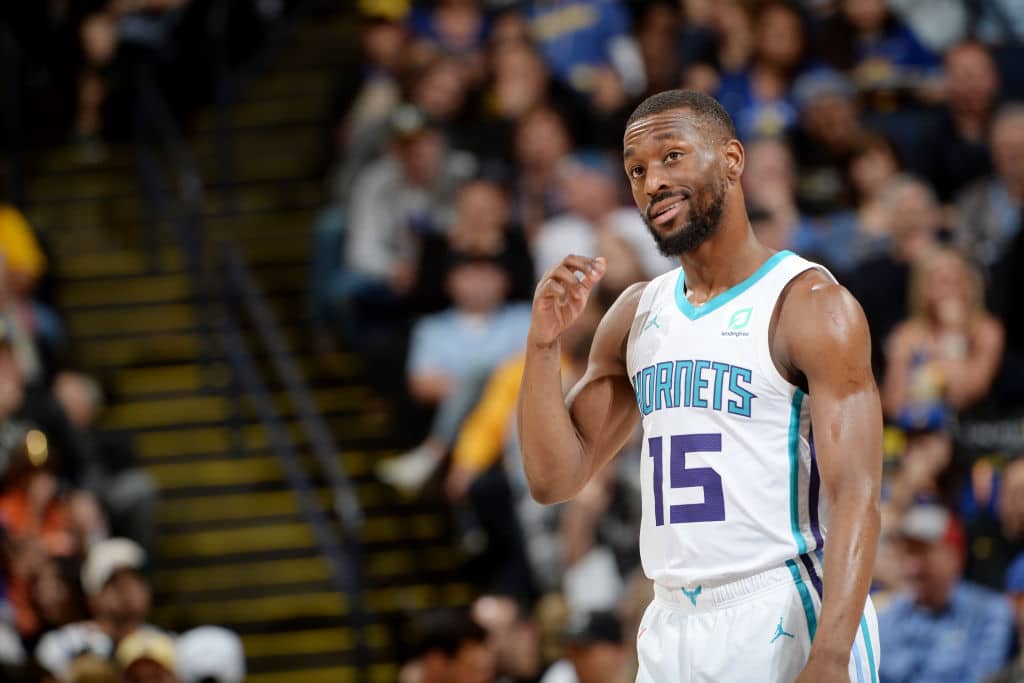 Update #2, June 29, 4:41 pm: Rick Bonnell of the Charlotte Observer reports that Walker has told the Hornets he intends to sign a contract with the Boston Celtics when free agency officially begins.

Update #1, June 29, 1:07 pm: There’s growing sentiment that Walker is Boston-bound. Last night Marc Stein of the New York Times tweeted that he was under the impression Walker would be headed to the C’s. Now, ESPN’s Adrian Wojnarowski says on television that Boston and Walker will get together shortly after free agency begins to finalize a deal (h/t Keith Smith of Yahoo Sports)

The Boston Celtics are expected to offer Kemba Walker a four-year, $141 million max contract when free agency opens on Sunday, Adrian Wojnarowski of ESPN reports, and the 29-year-old guard is increasingly likely to accept it.

Charlotte Hornets owner Michael Jordan is reportedly no longer determined to extend far enough financially to re-sign their homegrown star. Walker has played his entire eight-year career in Charlotte and, after qualifying as a designated veteran by making the All-NBA Third Team in 2018-19, put him in position to earn a $220 million supermax contract.

Leaving the Hornets to sign in Boston could cost Walker as much as $80 million in guaranteed money but could grant him something that he hasn’t had in Charlotte: an opportunity to contend.

With Al Horford and Kyrie Irving now off their books for 2019-20, the Celtics have flexibility to open up enough for a max contract. In one scenario that Bobby Marks of ESPN explains, the Celtics could walk away from unrestricted free agent Mark Morris and decline to extend a qualifying offer to Terry Rozier.

Marks notes that even without Walker in the picture for next season, the Hornets will continue to operate as an over-the-cap team. That will grant them access to the full $9.2 mid-level-exception and their $3.6 bi-annual exception.