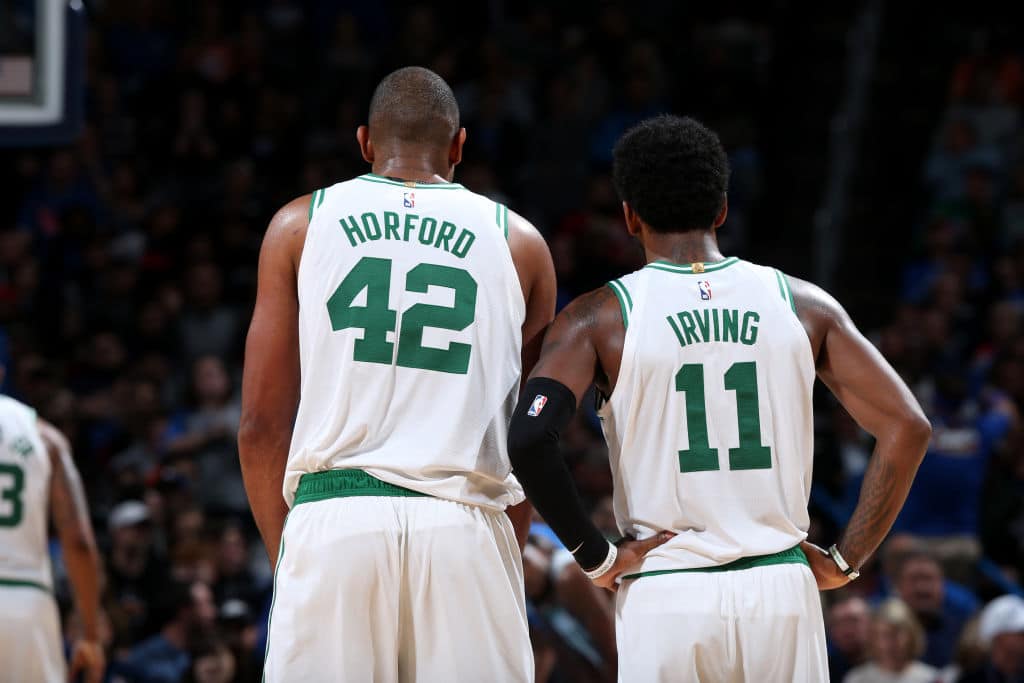 The Celtics are preparing for the possibility of losing both Kyrie Irving and teammate Al Horford in free agency this summer.

Contract negotiations between Horford and Boston’s front-office reportedly fell apart, and the five-time NBA All-Star is expected to ink a four-year deal elsewhere.

Per The Boston Herald:

Al Horford’s Celtic career has apparently come to an end after three years with the club. According to a source close to the All-Star center, his representation has ceased discussions with the Celts on a new contract.

Though no further information was given, other league sources from the West told the Herald it is expected that Horford will sign a four-year contract elsewhere. With free agents unable to sign until July 6, there remains a possibility that team changes – even with the Celtics – between now and then could impact this move, but it appears to be rather firmly set as of this point.

The Celts seemed willing, with the two sides engaging in talks along those lines, but the process toward that goal came to a fairly abrupt end.

Kyrie Irving’s expected free agent departure for Brooklyn, reported here last week, is not said to have had any effect on Horford’s decision. As well, Horford and multiple people around him have insisted he is happy with Boston and the Celtics’ organization. This therefore appears to simply be a move for a better chance at a championship with a club willing to pay him more on a longer term contract.