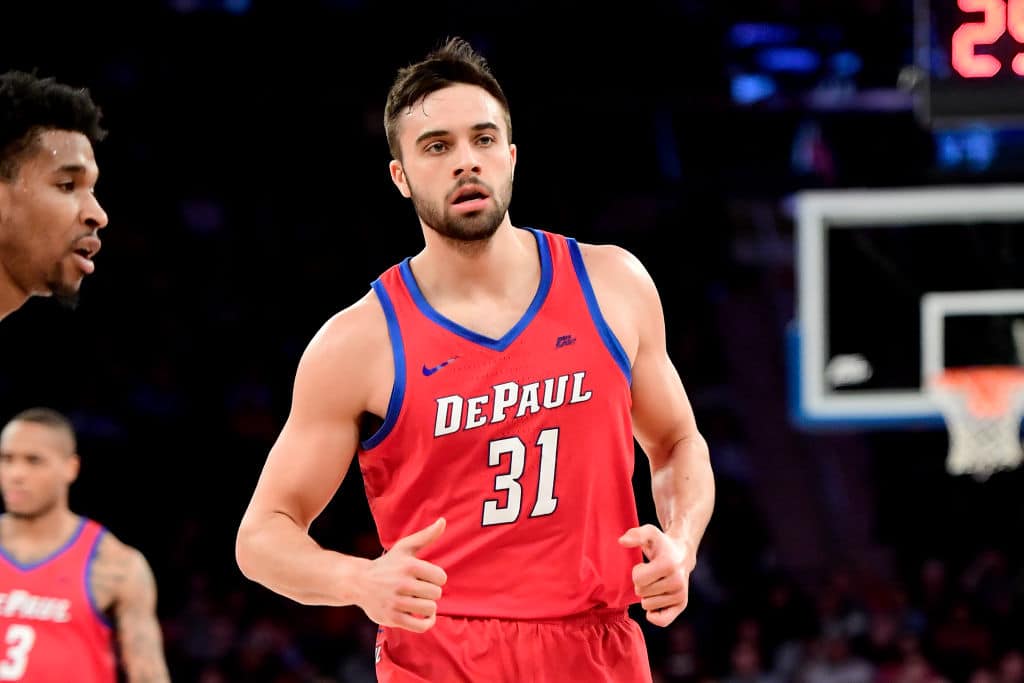 The Boston Celtics intend to sign undrafted DePaul wing Max Strus, Jeremy Woo of Sports Illustrated reports. Strus, a senior that split his NCAA career between DePaul and Lewis, flirted with the 2018 NBA Draft but ultimately withdrew his name as an early entrant.

This time around, automatically entered into the draft, the 23-year-old went unselected but came to terms on a two-way deal with the C’s shortly thereafter. The two parties will be able to make the deal official when the 2019-20 campaign officially begins on Sunday.

In his final season on campus, Strus averaged 20.1 points and 5.9 rebounds per game for DePaul while shooting .363 from beyond the arc on 8.9(!) triples per contest.