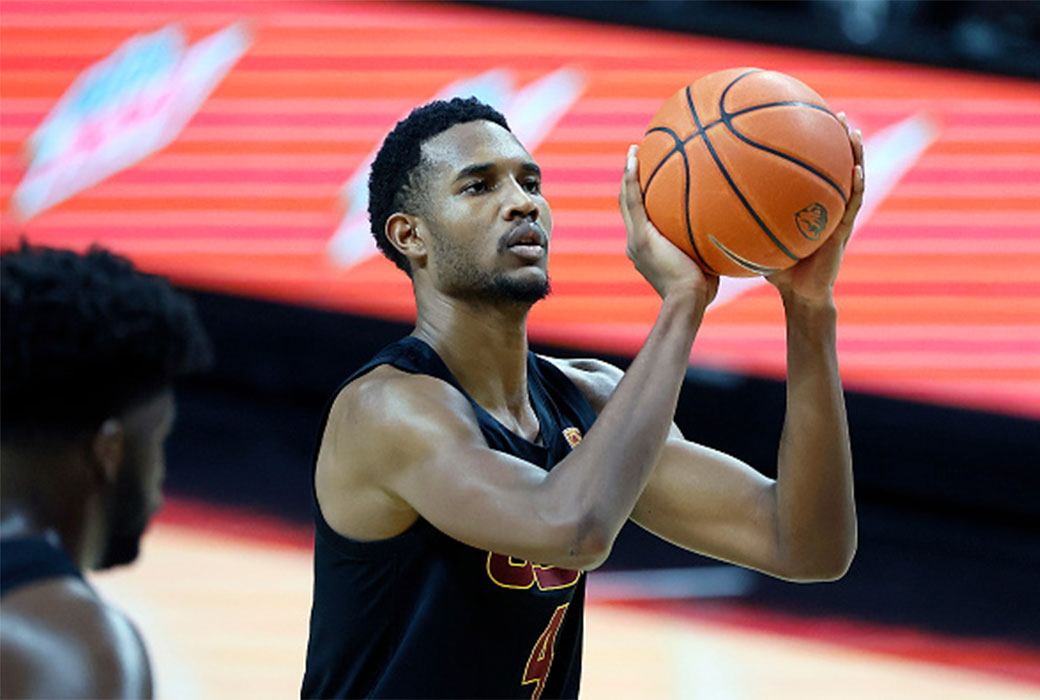 USC Trojans freshman center, Evan Mobley announced Friday his intentions to declare for the NBA Draft and to hire an agent. This move eliminates his remaining college eligibility and closes the door on his collegiate career.

LEAGUE BOUND! I’ve dreamed about turning pro since I was a kid. Come along for the journey: https://t.co/mIpfUaZRy0 #1of1 #NFT pic.twitter.com/nD1uTVkSkv

Mobley is considered a shoo-in top 3 pick and would have been considered a favorite for the No. 1 pick, if not for the strong belief that Oklahoma State’s Cade Cunningham will be the consensus number one pick.

Mobley, the No. 3 prospect in the ESPN 100 (behind Jalen Green and Cade Cunningham) became the first player in Pac-12 history to win player of the year, defensive player of the year, and freshman of the year awards in the same season collecting impressive numbers of 16.4 points, 8.7 rebounds, 2.8 blocks and 2.4 assists in 34 minutes.

Mobley offers what NBA scouts are looking for in the modern evolution of the center position. At seven feet tall with a 7-foot-4 wingspan, he’s mobile and agile enough to defend multiple positions as he showcased anchoring one of the strongest defenses in the college game. Mobley’s defensive prowess was one of the main reasons USC allowed only 55 points on their way to the Elite Eight.

Mobley’s ability to create his own shot, as well as a shooting range that reaches out to the 3-point line makes him an intriguing prospect for NBA teams.