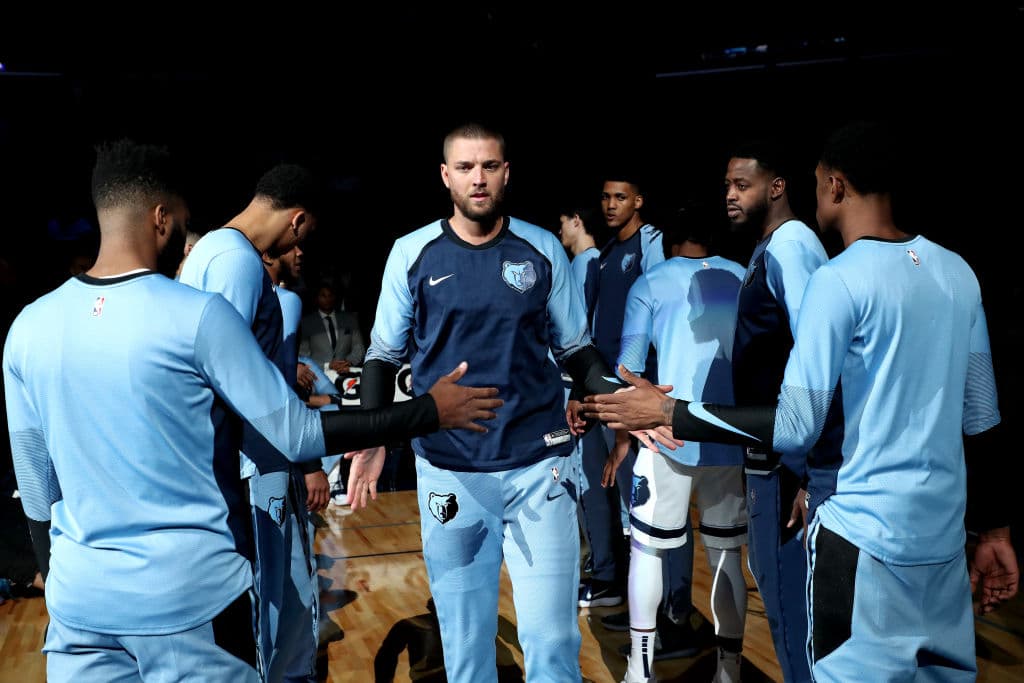 Chandler Parsons says he is “extremely disappointed” with the Memphis Grizzlies’ decision to cut him loose.

Chandler Parsons tells ESPN that he's "extremely disappointed" that he didn’t get to finish the season with the Grizzlies and insists “I am ready to play and committed to getting back on the court.” Story: https://t.co/Qz4WtnKTH2

Parsons is guaranteed $38 million in salary through the 2019-20 season, and the Grizz are reportedly working to find a trade.

The 30-year-old insists that he’s healthy and ready to hoop for his next team.

“Let me play!” Chandler Parsons shouted at Grizzlies GM Chris Wallace after hitting several 3s in a scrimmage 2 weeks ago. After another 3, Parsons pleaded: “Give a motherf—ing jersey!”

“I am extremely disappointed that I didn’t get to finish this season alongside my teammates and the Memphis coaching staff,” Parsons told ESPN in a statement. “Unfortunately that option wasn’t presented to me.

“The Grizzlies training staff medically cleared me to play 5-on-5 in mid-December and I have been practicing with the team ever since. I will continue to work out and train until my agent and the team reach a resolution. I am ready to play and committed to getting back on the court.”

Once Parsons didn’t go to the G League, Memphis preferred the forward — who has has not played since exiting the Grizzlies’ third game of the season while recovering from his latest setback, centered around his left knee — leave the team instead of continuing to practice and prepare for a return to the lineup.

“We met with Chandler and spoke with him and his representation numerous times during his rehab process, laying out a number of options to help integrate a healthy and effective Chandler back on to the floor,” [Grizzlies general manager Chris] Wallace wrote in a statement on Sunday night. “In the last of these conversations, we presented Chandler clear options for him and his representatives to choose, which included a short three-home-game stint for the Memphis Hustle or rehab either in Memphis or in Los Angeles with the training team of his choice. Chandler subsequently chose to continue his rehab in Los Angeles.”