Chandler Parsons Was ‘Offended’ By the Rockets in Free Agency 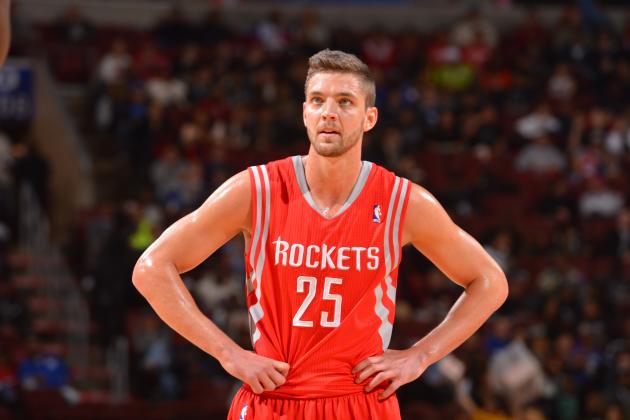 All along, Houston Rockets GM Daryl Morey felt confident that he’d be able to retain Chandler Parsons once his restricted free agency kicked in this summer.

What Morey couldn’t have imagined, was Mark Cuban and the Dallas Mavericks swooping in with a 3-year, $46 million offer. The Rockets decided not to match, and a disappointed Morey basically trashed the max-level deal in the press.

Chandler Parsons says the whole thing left him with a bitter taste in his mouth.

“Honestly, I was offended by the whole process,” Parsons said. “They publicly said that they were going out looking for a third star when I thought they had one right in front of them. I guess that’s just how they viewed me as a player. I don’t think I’ve scratched the surface of where I can be as a player and I think I’m ready for that role.

“You can’t knock them for always trying to get better. [Houston general manager] Daryl Morey is very aggressive, is a genius, a great GM and I have nothing but respect for those guys. And they are looking to make their team better. That’s what they were doing. I just thought I could be that guy that could do that.”

“Throughout the whole process they pretty much told me they were going to match everything,” Parsons said. “I understand it’s a business. I understand they had to do what they thought was best for their organization. It definitely caught me off-guard a little bit.”

The Rockets swung hard and missed badly in their relentless pursuit of a superstar this summer, as LeBron James, Chris Bosh and Carmelo Anthony all turned down Houston’s advances.