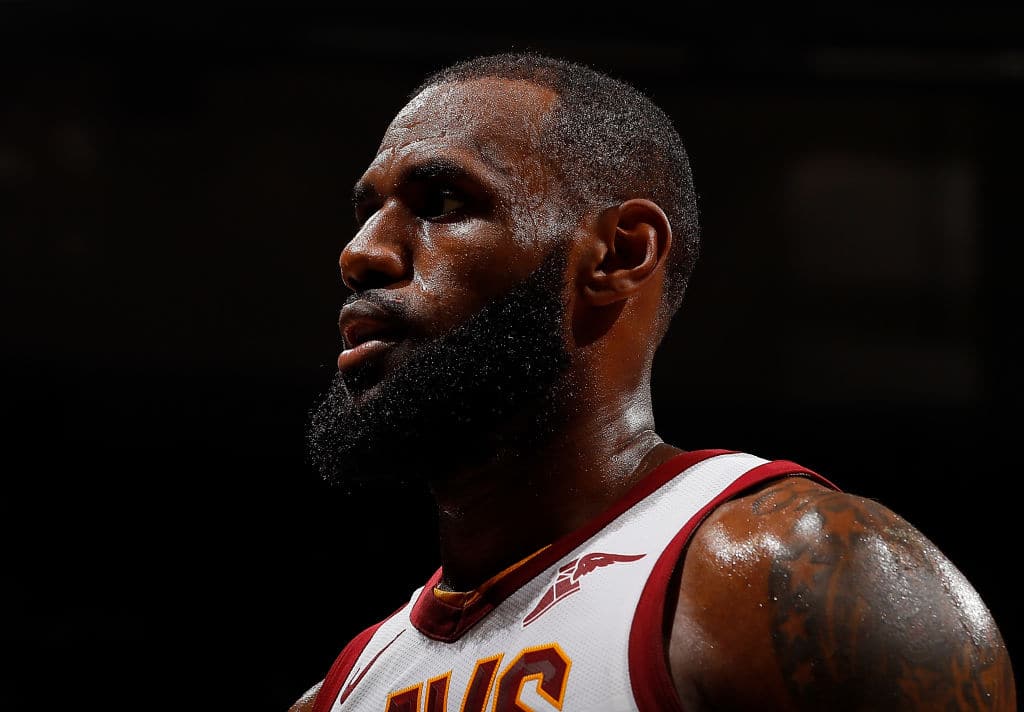 LeBron James is playing at an MVP level, but according to teammate Channing Frye, LeBron’s motor is only running at about 80 percent capacity.

Frye notes how scary it is that James has yet to be fully engaged.

The 32-year-old superstar delivered his latest masterpiece Saturday night, scoring 15 of his game-high 34 points in the fourth quarter, and extending the Cleveland Cavaliers’ winning streak to 11 games.

“Well everyone was talking like, ‘Hey, this is not Playoff LeBron.’ Usually LeBron gives you about 60 percent. He’s about 80 percent LeBron and it’s looking effortless so pretty scary,” Frye said. “This is 80 percent engagement. He’s engaged on offense and defense. Tonight he didn’t have a lot of rebounds, but every night almost has a triple-double, he’s shooting the ball well, he’s seeing the game a lot better, he’s diverting to his teammates and that’s pretty scary.

“He adjusted today. They were double-teaming from the bottom so he moved to the elbow. Once he starts adjusting then he starts getting the ball screen-and-roll. You’re seeing post-up passing LeBron, post-up scoring LeBron, shooting 3’s LeBron. There’s a lot of different aspects of that. So when I say 80 percent I just mean that it’s engagement every single game.”

On Saturday, he scored 34 points on 13-of-22 from the field and 0-of-3 from 3-point range. He made all eight of his free throws and dished out 12 assists while grabbing a pair of rebounds, helping the Cavs extend the winning streak to 11 games with hard-fought 116-111 win.

“Thank God he’s on my team,” Frye said. “I don’t know what y’all told him or what he heard, but whatever zone he’s in, keep it.”