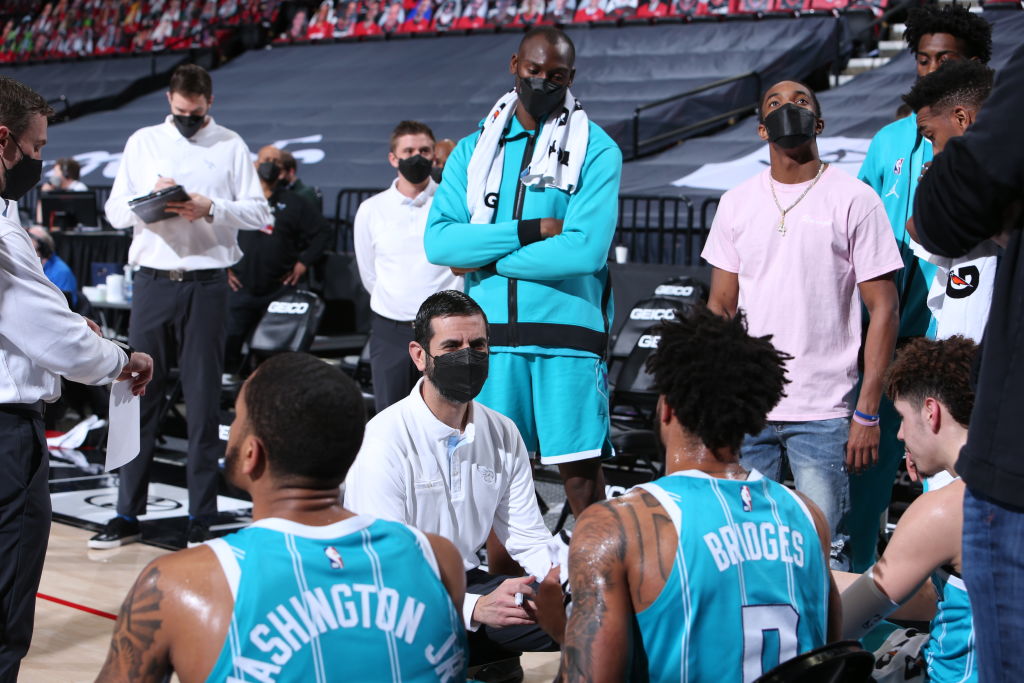 The Charlotte Hornets have decided to pick up the fourth-year team option on head coach James Borrego’s contract for the 2021-22 season, according to The Athletic’s Shams Charania.

The Charlotte Hornets are planning to pick up the team option on head coach James Borrego’s contract for the 2021-22 season, sources tell @TheAthletic @Stadium.

Borrego has a record of 95-124 after three seasons with the Charlotte Hornets, and finished what became a relatively exciting 33-39 campaign this season.

Charlotte made it to the Eastern Conference play-in tournament as the 10th seed but finished the season losing its last six games including a 144-117 blowout by the Indiana Pacers.

Borrego’s influence on the team was evident when the Hornets surprised many by occupying the fourth seed in April. However, injuries and COVID-19-related issues sidelined key players, including Gordon Hayward, LaMelo Ball, Devonte Graham, Malik Monk, and Miles Bridges.

The 43-year-old head coach received an endorsement from Hornets general manager Mitch Kupchak, who was quoted as saying Borrego “did a great job.”

Since taking over for Steve Clifford (who is now the head coach for the Orlando Magic), Borrego has overhauled the team concept from building a roster of aging free-agent veterans to developing their young talent through the draft.

Thanks to a combination of young draft picks like Graham, Bridges and Ball—a 2021 NBA Rookie of the Year Finalist—along with veteran free agent acquisitions like Hayward and Terry Rozier, Charlotte has set a positive culture that is actually ahead of schedule.

It ain’t hard to tell that the Hornets enjoy playing with each other. (via @hornets) pic.twitter.com/5xDLuG7VGe

Now that Borrego is officially back in the fold, the next order of business will likely be addressing the center position, a positional weakness that Borrego singled out in a press conference late in the 2020-21 regular season.