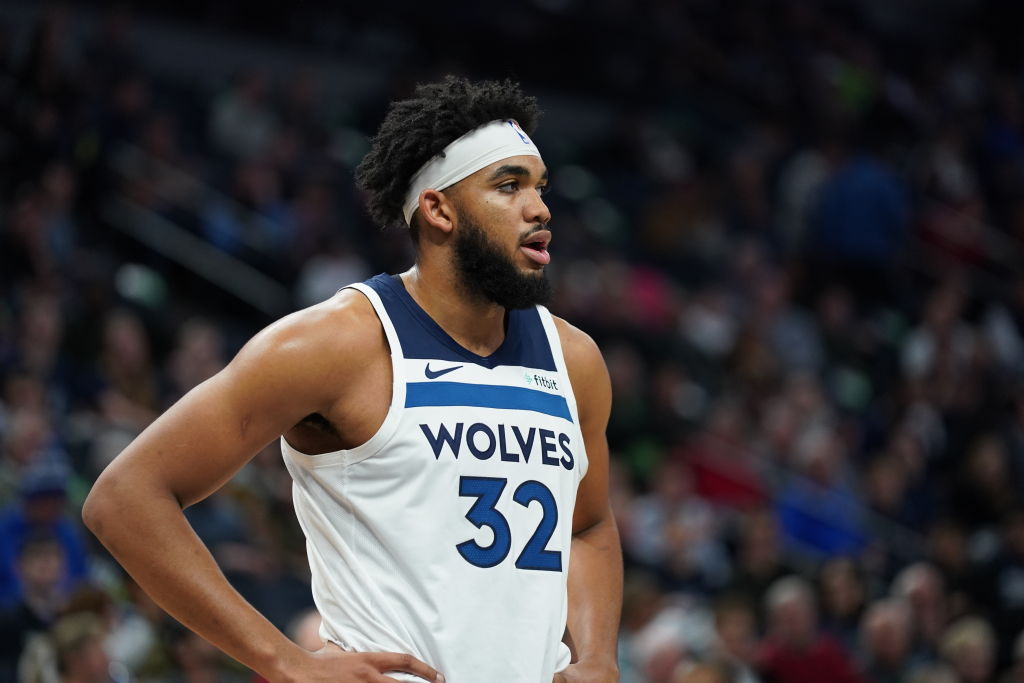 If there was ever any doubt, NBA teams around the league have an interest in budding superstar Karl-Anthony Towns. That doesn’t mean that the Minnesota Timberwolves – who’ve admittedly failed to live up to expectations this season – have any desire to part ways with him.

According to Ethan Strauss of The Athletic, several executives have relayed the notion that Towns is unhappy in Minnesota and that the Golden State Warriors have been monitoring the 24-year-old superstar.

Just last week, Marc Berman of the New York Post detailed how the New York Knicks, too, have monitored Towns, a native of nearby New Jersey.

While neither scribe suggests that Towns has requested a trade or seeks out of Minnesota, it is Trade Machine Season and little is required to inspire speculation on the internet.

Darren Wolfson of 5 Eyewitness News in Minnesota sees the Towns reports but reminds followers that the young center is in the first year of a five-year extension. Towns is owed just less than $160 million to play basketball in the Land of 10,000 Lakes through the summer of 2024.

Of course in a post-AD world, nothing is sacred and if Anthony Davis could tip over the apple cart in New Orleans with over two years left on his Pelicans deal then anything, theoretically, can happen with KAT.

The media and fans alike have every right to contemplate Towns’ future but as yet there’s no reason to believe that the situation in Minnesota is untenable.

Towns has averaged 26.5 points, 11.7 rebounds and 4.4 assists per game this season, while shooting .418 from beyond the arc. He’s in the fifth year with the franchise but only reclaimed alpha dog status within the organization when the Wolves traded Jimmy Butler part-way through last season.

Perhaps there will come a time when the Timberwolves fail to retain their star – we’ve seen variations of that narrative time and again since long before Davis walked into the Smoothie King Center with a That’s All Folks t-shirt – but let’s not gloss over what’s happening right now, in the present.

Small market teams everywhere will thank you for it.