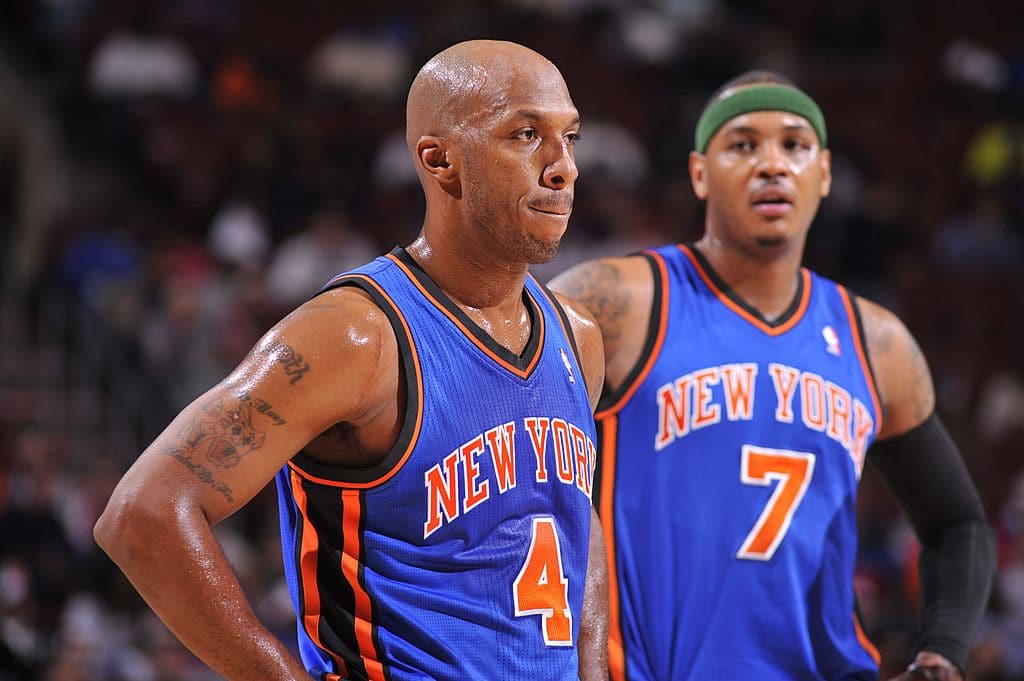 Scoring thirty points a night “meant too much” to Carmelo Anthony, according to former Denver Nuggets and New York Knicks teammate Chauncey Billups.

Billups says Melo would be upset if he didn’t reach the 30-point mark even when his teams won, and that he hasn’t accepted the reality that he’s no longer a headliner in the NBA.

Anthony, 35, has yet to find a new home in the League after being cut loose by the Houston Rockets after a mere 10 games last season.

Per Complex (via SiriusXM NBA Radio):

“I feel bad for Melo and here’s why,” Billups said during an appearance on SiriusXM’s NBA Radio.

“Melo’s was like a good teammate, man. Melo practiced every day. He didn’t miss any games. Now, the only thing I will say—and I’ve even told Melo this—scoring 30 meant too much to Melo.

“But, I think now, you fast forward the tape, and the reason he’s not in the league—because he’s still worthy—he hasn’t mentally taken that step back to say, ‘Okay, I’ll come in and play against back-ups. I’ll try to help the team out. I know I might not be able to close, but I just want to help the team out,'” Billups explained. “He’s not there yet.”

Related Carmelo Anthony: ‘At This Point, I Just Want to Be Happy’