Chris Bosh Gets Exclusive With Canada 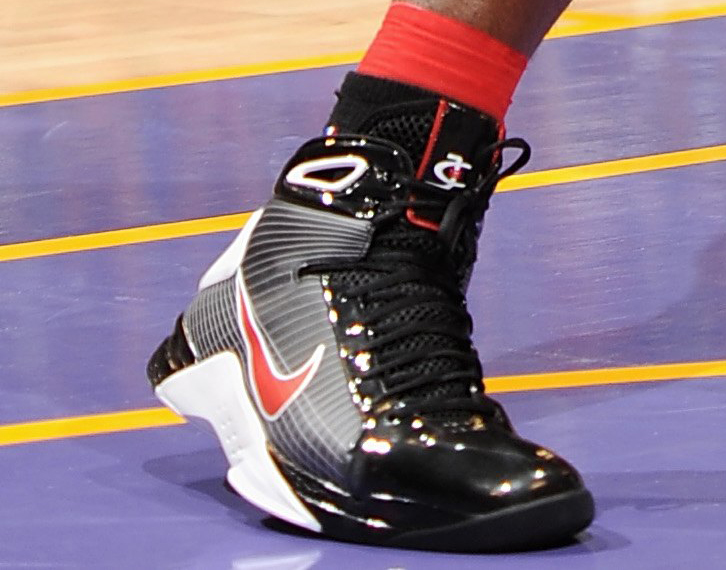 He’s gotten nothing but love since he arrived in Toronto five years ago. Now, Chris Bosh is giving something back to the Canadian hoops fans who have supported him.

Nike announced yesterday that Bosh will get a signature line from Nike that includes a signature Hyperdunk shoe and an apparel line that covers hoodies, t-shirts and shorts. Catering to the support Bosh has gotten across Canada as a Raptor, these products are set to release as Canadian exclusives.

I was able to get Bosh on the phone yesterday to talk about his new digs and about some other pressing issues with his team, like Sam Mitchell’s potty mouth and the nightmares Jamario Moon must be having of Nene.

SLAM: I’m watching a clip on YouTube of Nene dunking on Jamario Moon from Tuesday night when you were in Edmonton. Do you ever see a teammate get dunked on and the dunk is so ridiculous that you can appreciate it?

Chris Bosh: (Laughs) At the time, no, you don’t appreciate it. That’s one of those things that it happens to your teammates and you give them a hard time later. If he tries to act brand new on you or anything, well oh, uh, you remember then.

SLAM: Like a, ‘Don’t make me bring Nene in here’ sort of thing?
CB: Something to that effect.

SLAM: How’s it feel to have your own signature shoe?
CB: It feels great man. I’ve been telling people all day that’s what I’ve been dreaming about since I was a kid. I have a good chance to really promote it and have fun with it. I think that’s what it’s all about is having fun and putting yourself out there and making people enjoy it.

SLAM: And it’s a Canadian exclusive. You don’t see that too often.
CB: Yeah, I mean that’s one of the advantages I have with being the only team in Canada, is having those exclusive opportunities and right now I’m really just trying to play on it and bring it to the people and expand my brand.

SLAM: And you’ve got the apparel line too. Is it weird to wear something with your own name on it?
CB: It is kind of, but I enjoy it; it’s a good weird. It’s more like an awe kind of thing, it makes me go, ‘Wow, I remember thinking about this the last five, six years.’ It’s crazy.

SLAM: What were your impressions of the Hyperdunk?
CB: The thing I like about it, it’s light, it looks good and it’s a strong shoe, very durable. That’s one thing I was looking at, feeling how light it was, I was like, ‘Can I wear this?’ But then when I laced them up it was like man, I can just go out there and be comfortable playing basketball. You don’t really feel it and that’s always a good thing.

SLAM: Is it a good shoe for a big man?
CB: It’s an excellent shoe. I guess I’m kind of a unique big guy, I move around a lot, I’m very mobile, make hard cuts. My shoes tend to wear out a little bit faster than other guys’ because of all the running I do. That was another thing I was kind of wondering about, but it’s stood up to every test I put it through. I’ve had no problems with it whatsoever.

SLAM: How fast do you go through a pair of shoes?
CB: Every couple of games, every three, every four games.

SLAM: Is it wear on the shoe that makes you decide to put a new pair on, or is it something like if they just get scuffed up, or you get tired of wearing the same thing? How’s it work?
CB: You always have shoes on deck, you know? I already have a reserve and you just go with it. Whatever you want to do, if you don’t like scuffs on your shoe, boom, put on another pair. If they wear out, put on another pair.

SLAM: I saw you guys on Tuesday in Edmonton and saw a lot of Hyperdunks on the court. Who has the nicest colorway on the Raptors?
CB: Me.

SLAM: J.O.’s are pretty nice, with the patent leather toe box and everything.
CB: Jermaine’s are cool. A great second place, but mine are first.

SLAM: What shoes stand out for you in your career?
CB: I liked last year’s shoe (I think he means the Zoom BB II here — O’Leary). I think the Air Force XXV’s those were kind of like a work in progress, because for me they were a hard shoe, but it was a good durable shoe. But I mean other than that, I would say this shoe’s got me really excited because the Hyperdunk looks really good, I’ve got my own signature line and it just seems like it’s on the up and up for everything.

SLAM: Is that what you wear on a day-to-day basis?
CB: It’s an everyday shoe. It’s a comfy shoe. That’s something that you can throw on with anything and look good.

SLAM: What were your preseason impressions? Did anyone jump out at you over the last few weeks?
CB: Not necessarily. In the preseason it’s hard to tell because they’re still growing with guys, getting guys ready and seeing where the team is and stuff like that. It’s hard to gauge people in the preseason. Because in the regular season it’s a totally different game.

SLAM: Athletes always talk about taking one game a time, but are there certain games or moments that you’re looking forward to this season?
CB: I’ve got a few years (experience) now and there’s nothing that really jumps out at me. I’d rather take every game slowly and try to win them all, take that approach. You can’t go wrong.

SLAM: How’s it going with you guys and Sam Mitchell trying to stop cursing? Is he sticking to it?
CB: He’s not trying at all, he’s doing a good job.

SLAM: Really? That’s kind of surprising.
CB: I’m actually surprised. He’s really gotten better at that. He said he was going to do it and he stuck to his word, that’s pretty cool. That’s how I know it’s gonna be a good year.