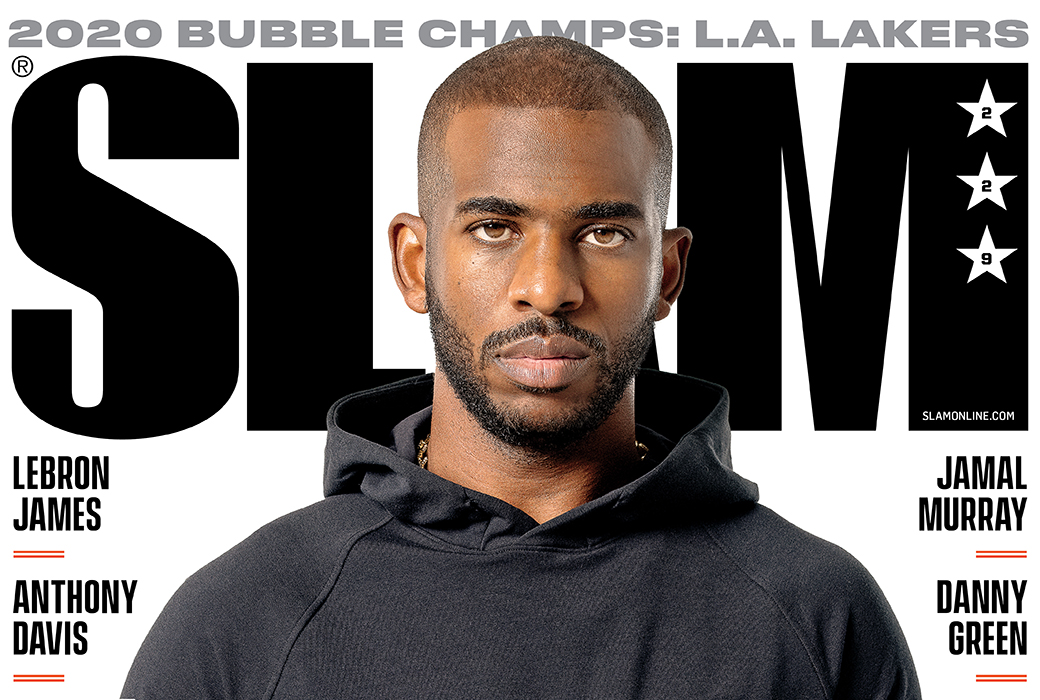 Chris Paul was class president in high school. Now he’s the President of the NBPA, charged with leading the way for the 450. In these dark, leaderless times, he’s been a guiding light. We spoke with him about leadership in his cover story for SLAM 229.

The rest of the inside of 229 has stories about three-time title winner Danny Green, WNBA standout rookie Chennedy Carter and the promising DJ Wagner (shout out to his pops!) We’ve also got nearly crispy 50 photos detailing both the bubble and the wubble and a pullout poster with Jamal Murray on one side and the Lakers on the other.