Chris Paul: ‘The Disrespect That Comes at [Carmelo Anthony] is Unbelievable’ 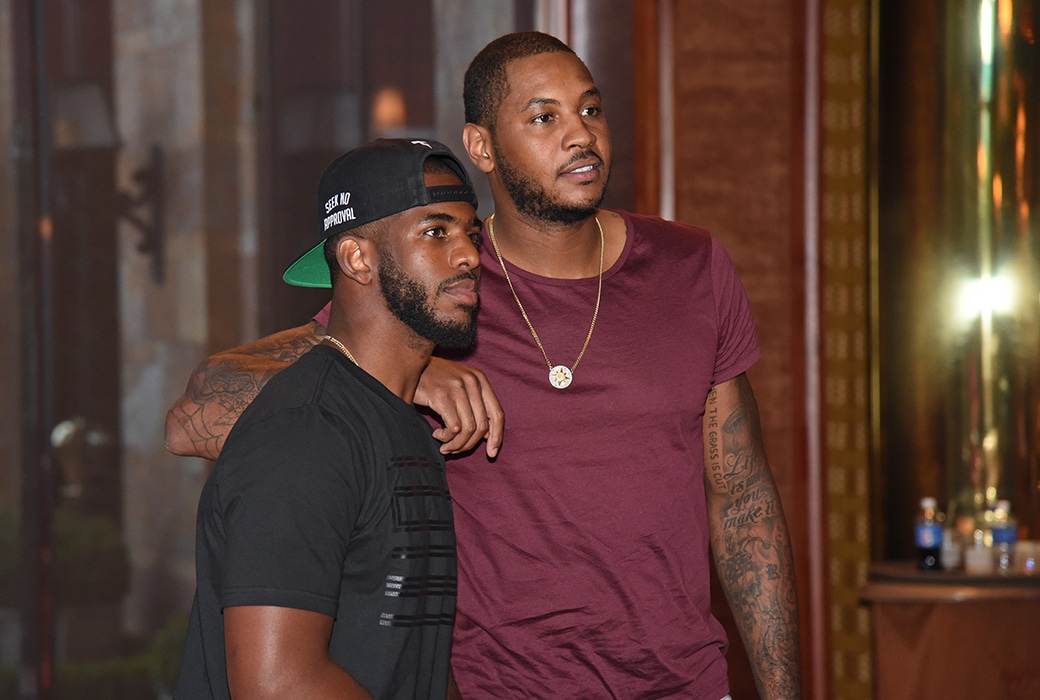 Carmelo Anthony struggled to shoot the ball last season as a member of the OKC Thunder. The pure scorer averaged a career-low 16.2 points per game on 40 percent shooting, prompting many people to question why the Houston Rockets, on a quest to win a championship, would want to bring Anthony to the team.

Chris Paul, Anthony’s new teammate and his longtime friend, called the decision to sign Anthony to a $2.3 million deal a “no-brainer.” See his full quotes, via ESPN, below:

“Obviously I’m a little biased because that’s one of my closest friends,” Paul said at training camp in Houston in an appearance on ESPN’s The Jump. “But you know, the disrespect that comes at him at times is unbelievable, you know what I mean? So for us, having one of the best players to ever play the game on our team, that’s a no-brainer.”

“I think we just hoop,” Paul said. “I think that’s been the cool thing about bringing in different players that have played in different systems. Hell, me last year, I came into a different situation. I had seen it. Coach [Mike D’Antoni] had talked about it. But it’s a different thing to play within the system.

“With Melo, we just hoop, you know what I mean? If you’re open, you shoot it. If not, you pass it, you dribble — it’s a fun way to play basketball.”

The Rockets finished with the top spot in the Western Conference last season, clocking in with a 65-17 record. They took the Warriors, the eventual champs, to seven games in the Conference Finals. Anthony is expected to aid in the Rockets’ title pursuit by coming off the bench for the first time in his Hall of Fame career, giving an extra scoring punch to Paul and last season’s MVP, James Harden.

Anthony, a ten-time All-Star and former NBA scoring champ, has averaged 24.1 points per game throughout his 15 seasons in the League.