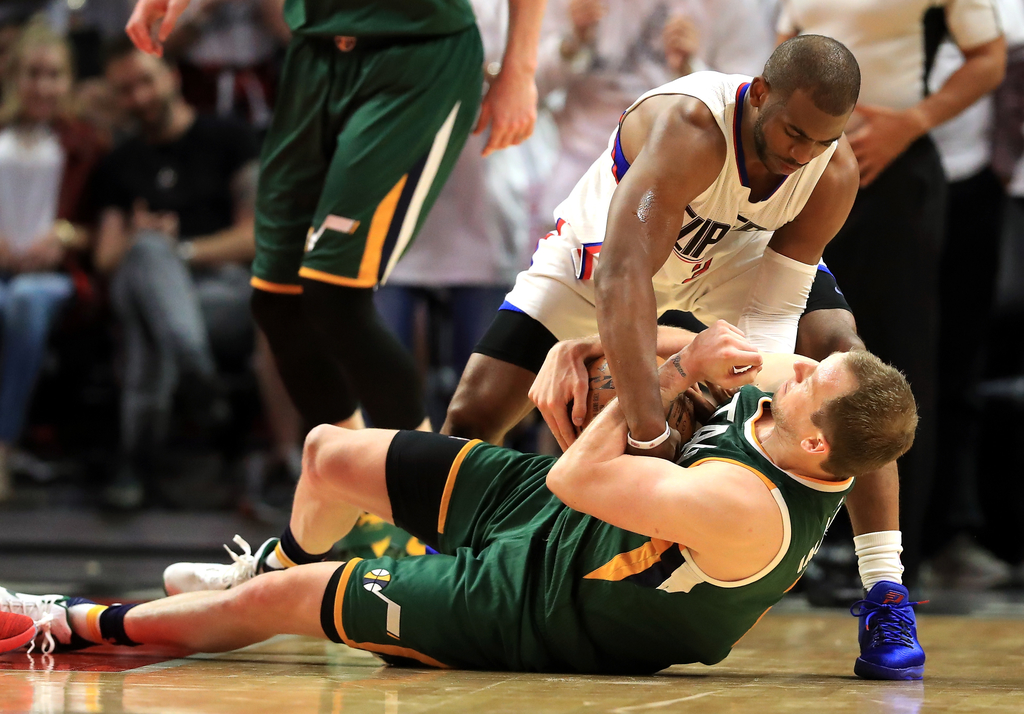 An enraged Chris Paul appeared to attempt a kick in Sunday’s Game 7 loss to Utah that whizzed by a fallen Joe Ingles’ noggin.

CP3 was upset with he thought was a kick-ball by Ingles, who had just swiped the rock from him.

That kick at the end from Chris Paul out of frustration… Draymondian pic.twitter.com/PPjkkmiMA9

Paul and the Clips are heading into yet another summer of frustration and uncertainty following a 104-91 loss to the Jazz.

Chris Paul had 13 points for the Clippers, who were sent packing in the first round for the second straight year. Last season, they lost to Portland after Paul and Blake Griffin went down with injuries. This time, they didn’t have Griffin again after he was lost in Game 3 with a big-toe injury.

“It came down to today to keep us afloat, keep us alive,” Paul said. “We’re done.”

In the most closely contested series of the first round — and the only to go seven games — the Clippers came up strangely flat with their season on the line. J.J. Redick didn’t hit his first 3-pointer until the game’s final 3 ½ minutes, drawing the Clippers within eight.

“Late, when we did start scoring, we couldn’t get stops,” Paul said.