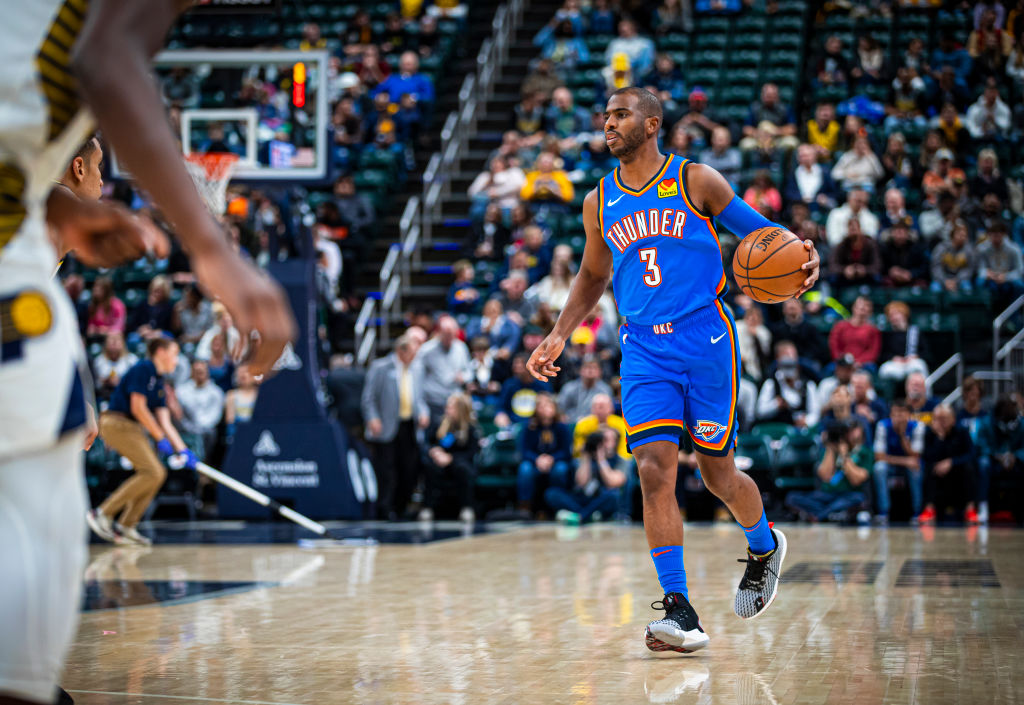 Chris Paul has zero intention of passing up the $44.2 million player option he negotiated with the Houston Rockets for the 2021-22 season, nor should he.

While the veteran dons an Oklahoma City Thunder jersey these days, he’s established himself as an immensely valuable – and appreciated – asset.

“No chance. That’s not happening. Nope,” Paul told Rohan Nadkarni of Sports Illustrated when asked if he’d ditch the payout that some see as a major hurdle in the way of his being sent to a title contender via trade.

Paul may not finish his contract with the Thunder when all is said and done but he’s making the most of his time in Oklahoma City and his influence on the organization has been an unquestionably positive one.

“All I can say is that Chris has been all we could have hoped for and more,” franchise general manager Sam Presti said in the same, highly recommended SI piece.

The Thunder, who many had written off prior to the start of the 2019-20 season, have enjoyed a wildly successful 25-19 campaign and Paul’s role as a leader and mentor have been instrumental to that.

At no point since he arrived in Oklahoma City has Paul or his representation requested a trade, instead the 34-year-old has helped to develop standout sophomore Shai Gilgeous-Alexander and held his own in the team’s suddenly spectacular three-point guard lineup.

Paul has averaged 17.0 points and 6.4 assists per game in his first 44 games with the Thunder.

We’ve written previously about supposed interest in Paul from the Miami Heat, as well as how the market for the expensive veteran may not be that lucrative after all.

While that may have thrown a wrench in what the plans were initially, it’s hard to see the ensuing events as anything but another success in Oklahoma City.