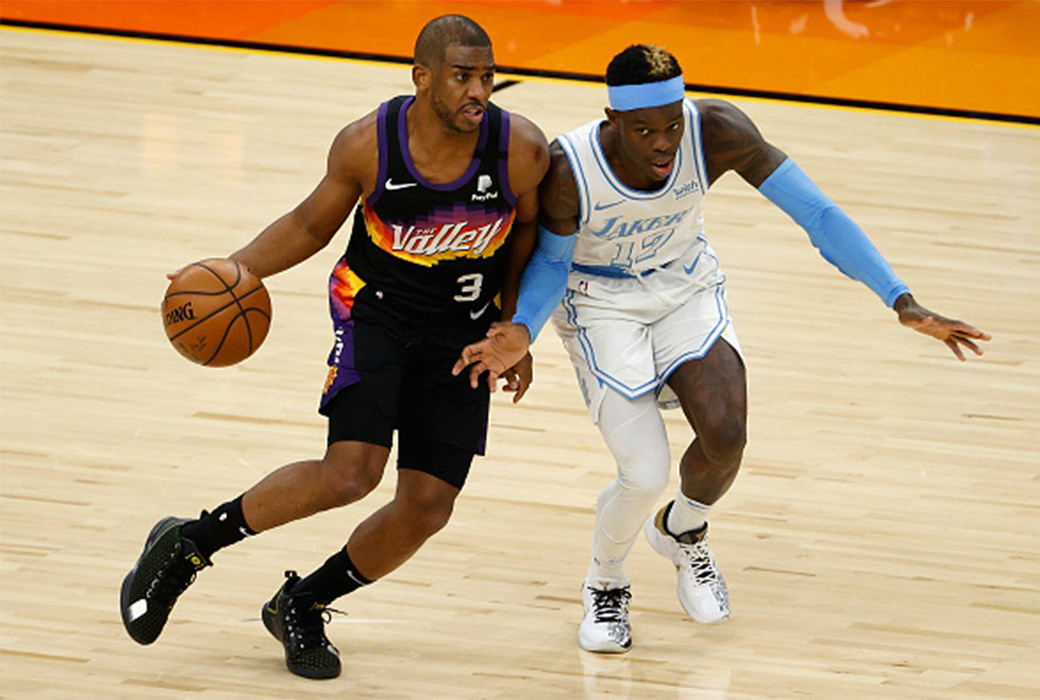 The Phoenix Suns have been one of the NBA’s biggest surprises this season.

After last year’s 8-0 run in the bubble, the Suns knew they had the potential to become a playoff team. Looking back, the team’s roster was young and it appeared as though head coach Monty Williams and general manager James Jones knew they needed to add a veteran presence to the locker room.

Then came along Chris Paul in a trade. Paul had a promising performance in the bubble last season with Oklahoma City and, despite the team falling short to Houston in seven games, had let everyone know that he still had some gas left in the tank.

While there was much speculation around Paul’s age and his ability to compete, he has silenced the haters this season and has stepped up as a leader on the Suns.

The 35-year old has been deep in his bag this season and is currently eighth in the league in assists (8.8) while averaging 15.9 points per game.

“It’s a testament to what type of teammate he is with the ‘we score’ mentality instead of ‘me score’ mentality,” said teammate and All-Star guard Devin Booker, according to Duane Rankin at AZ Central. “All the nicknames he gets, he fully deserves. Point God. Everything.”

Alongside Booker, the Suns have been able to find success so far and they’ve maintained a 26-12 record. Currently second in the Western Conference, they’ll have to keep up the pace if they want to reach the playoffs for the first time since 2010.

The Point God says he’s not done dishing out dimes just yet.

“It’s a blessing, first and foremost, to play this long,” Paul said. “That’s something I don’t take for granted. A lot of guys I came in with are now coaching or unable to play now and I just thank God for this opportunity, man. I love this game. I love to play and compete and I’m grateful.”