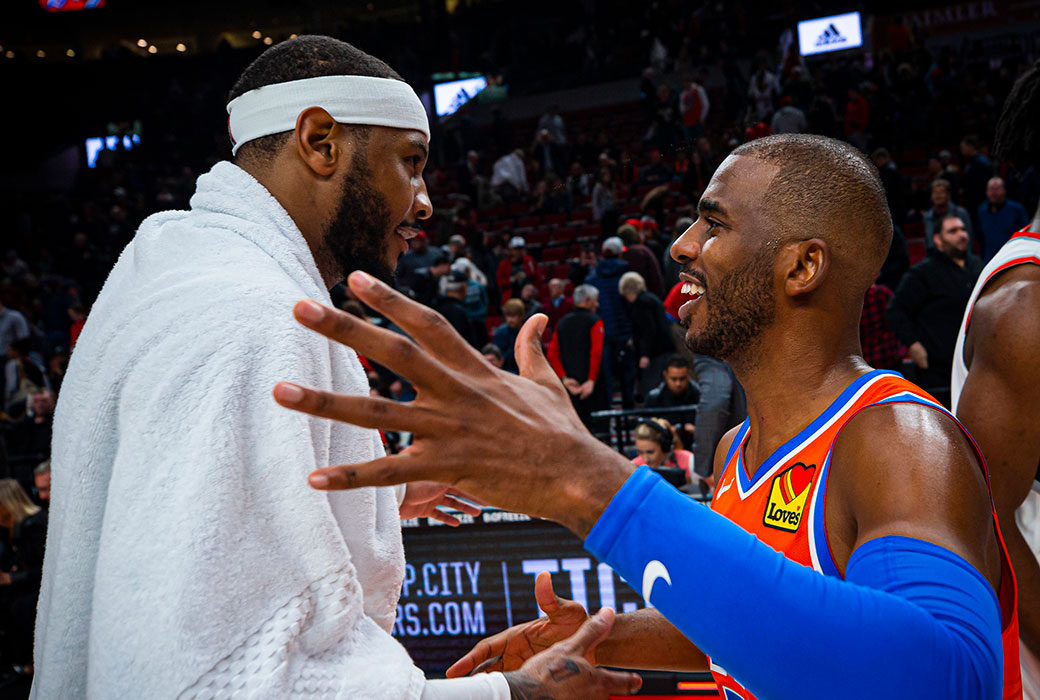 Should the Knicks trade for Chris Paul this offseason, Carmelo Anthony could be interested in signing with New York, reports the NY Post‘s Marc Berman.

Anthony, 36, is coming off a resurgent season with the Blazers and has recently said that he hopes to re-sign with Portland. But if Paul is traded to the Knicks, Anthony “is likely to want to follow,” per Berman.

The Knicks have been reportedly preparing initial trade offers to bring Paul to New York. Even if Paul goes elsewhere, Knicks president Leon Rose would be open to signing Anthony, reports Berman.

Anthony averaged 15.4 points and 6.1 boards as a full-time starter with the Blazers last season.