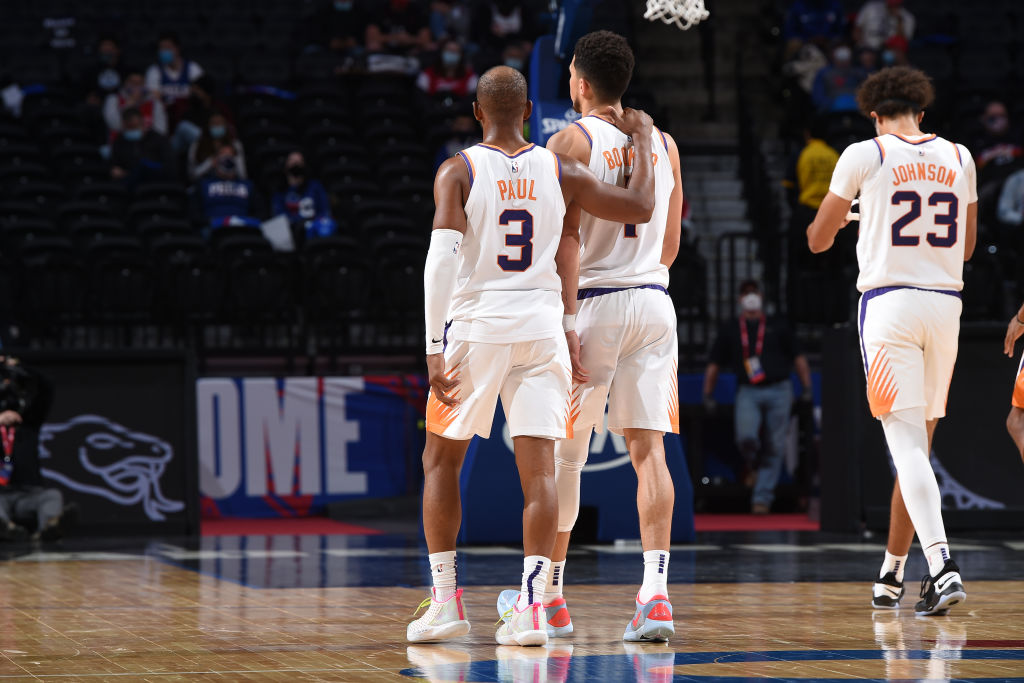 In what’s been a special season for the Phoenix Suns franchise and their fans, a deeper look into what’s led to them out of the valley of darkness leads to fascinating discoveries.

And, while young stars like Devin Booker and Deandre Ayton deserve their flowers for their performances this season, the Suns rise out West starts and ends with their captain: 15-year NBA veteran Chris Paul.

An extension of the coach when he’s on the floor, Paul’s pitbull-like demeanor in combination with his understanding of the game allows him to be the type of floor general that’s become rare in the modern NBA. Where most guards’ biggest threat today is their ability to score, Paul is a throwback that reminds of us point guards like Steve Nash, Jason Kidd and John Stockton.

That may be a long-winded way to explain what Paul brings to every team he plays for but it’s useful in understanding why the Suns, with 10 players holding no more than five seasons of experience, needed Paul.

Why they needed their second high-level facilitator of the Booker Era.

While alleviating Booker from a substantial portion of his playmaking responsibilities, Paul has become an excellent pick-and-roll partner with Ayton, thanks to the threat of his 3-pointer and floater. In fact, with Paul’s basketball IQ, passing ability and improved spacing, even players like Mikal Bridges and Cam Johnson are finding it easier to score around the rim.

The identification and simplification of everyone’s roles, quite simply, has allowed everyone to play to their strengths without overthinking.

Averages of 16.2 points, 8.8 assists, 4.5 rebounds and 1.4 steals per game (on a true shooting percentage of .594) may not jump off of the page when assessing MVP candidates. Especially when compared with the volume scoring of players like Denver Nuggets center Nikola Jokic, Philadelphia 76ers center Joel Embiid or New York Knicks power forward Julius Randle.

Further, when assessing the roles of each player on their respective team, Jokic’s playmaking for the Nuggets is as essential as Paul’s is for the Suns.

Still, there’s something to be said for a team that’s at the top of the Western Conference standings when they were the 10th seed just a season ago. When they hadn’t won more than 25 games in any season of the Booker Era before 2019-20.

Certainly, the improvement of their defense has been particularly important, and Paul’s ability to generate turnovers has always been a key part of his game. However, the steal numbers for Rubio and Paul were identical from their time with the Suns and though Paul has a better defensive rating (107.9 compared to 108.4), the difference is negligible.

That said, this is where the defensive-minded wings and forwards that Phoenix possesses have been important.

Johnson, now in his second season, has improved his defensive rating from 108.3 to 105.9 with increased familiarity and play recognition. Craig, who Phoenix signed in the offseason, has held opponents to .444 percent shooting from the field and .353 percent from 3-point range.

Moving Dario Saric to the second unit, in favor of third-year forward Mikal Bridges, has been what’s the biggest boost for Phoenix’s defense. With a bench role and less defensive responsibility, his defensive rating has improved the most, going from a 112.0 in 2019-20 to 102.6 in 2020-21.

In a nutshell, Paul’s biggest contribution to the Suns isn’t to their defense. Nonetheless, while he’s helped enhance their offense, it’s difficult to say he’s the most essential piece of it. Especially as Booker perhaps, who averages 25.6 points per game, brings the Suns’ offensive rating all the way up to 120.2 when he’s on the court (versus 111.3 when he’s off the court).

Paul’s biggest contribution is intangible: it’s his leadership, his ability to get his troops focused and his ability to make the game easier for his teammates.

“He watches so much basketball,” Bridges says of Paul on The Ringer’s ‘Real Ones’ podcast. “He tells you so much about the opponent… he kind of mentally gets you locked in before the game even starts, before we even know our opponent yet.”

CP3’s key to unlocking Phoenix’s potential is, quite simply, being the player he’s always been.

Is that deserving of an MVP award this season? Likely not.

However, entertaining the conversation creates a deeper appreciation for the future Hall of Famer and what he’s meant to one of the league’s most adored franchises.

“Chris’s mindset is just different. It rubs off on all of us,” Johnson says. “He’s always a couple of steps ahead of the game, he’s always teaching. … He’s pulling us aside, telling us things to pick up, when to roll, when to pop, where to rotate. He really seems to see everything out there.”