Chris Webber Trying to Keep the Kings in Sacramento 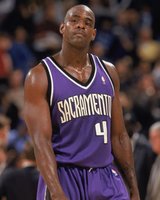 Last night on TNT, Chris Webber — who’s really, really good at the TV thing, by the way — made an impassioned plea for the Sacramento Kings not to leave Sac Town. He also revealed that he’s doing everything he can to keep the team there.

Webber is part of a group working to see if they can convince the Maloofs to not uproot the franchise, with Chris playing the role of a facilitator. It’s likely a longshot, but the effort is serious.

Though Webber refused to be specific on-air about the extent of his commitment, after making a few late-night phone calls, I reached original Sacramento Kings executive vice-president Greg Van Dusen, who offered a few specifics. According to Van Dusen, Webber is willing to facilitate a deal – headed by Roger Stewart of Coeur d’Alene, Idaho, to “restructure” the city’s $77 million loan to the club. Van Dusen, who is working with Arco I and II architect Rann Haight.

“We’ve been working on this for about three months,” said Van Dusen. “The idea is to relieve some of the financial pressure on the Maloofs and the ownership group. Roger had a very positive conversation today (Tuesday) with Chris, who isn’t only interested in helping, he wants to lead the effort to keep the Kings here. He loves Sacramento and thinks this is where the Kings belong.”

Although I was unable to reach Webber at his home in Atlanta late Tuesday night, I am aware that he has made overtures about buying into the Maloofs’ majority ownership, but has been rebuffed.

It’s hard to tell if anything will come from Webber and company’s efforts; what is undoubtable is the Maloof family’s desire to take the team to Anaheim.

You can expect things to get quite emotional tonight, as the Kings will play their last home game, maybe ever, in Sacramento.