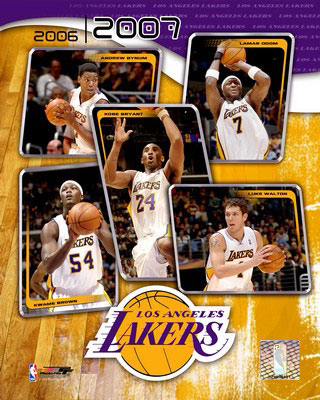 We’ve been shut down for the Christmas break to the point that even Mutoni and Holly took a day off. It’s been nearly a week – a week full of surprises and shocks to the system. Why, in that time I have seen:

My old roommate crying tears of joy at that wedding.

An all-black wedding band (The 747 Orchestra is the future!) playing “Hava Nagila” and “Shalom Aleichem” back to back.

All seven of Vh1’s Ages of Rock.

The Giants scoring 38 points with a QB who sells watches yet doesn’t know what time or year it is and may have been throwing the game for the Tim Donaghys of the world.

A tray full of cold Nathan’s hot dogs at a Susan Price family affair and not a single Kobayashi joke told.

Four different Barnes & Nobles, each identical in every way.

A standing ovation from fans and potential groupies in awe of my vocal performance of “Enter Sandman” and “Run To The Hills” in that new game Rockband, which I played in a public forum; a bar with some friends who have spent so much of their lives listening to rap music the only song they felt comfortable singing was “Epic” by Faith No More, which has rappy verses.

A two and half hour drive according to a GPS device that was completed in exactly two hours thereby making the drive mankind’s crowning achievement.

Pirates of the Carribean At World’s End (oh the horror…).

Losing in scrabble to my girlfriend’s mom for the second time this holiday season (the lowest point of my life, like when Isiah wakes up in the morning and looks in the mirror)

Eating three times my bodyweight on the 25th, not learning my lesson, and piling dessert on top of that.

But nothing was as shocking as the revelation we all experienced in the NBA on Christmas Day. ESPN/ABC and the NBA chose the familiar marketing ideology of pushing big name superstars in the showcase day for the league. SHAQ! LEBRON! D WADE! KOBE! NASH! DURANT vs. ODEN! And yet the story of the day was…

The return of the unified team known as the L.A. Lakers. Unbelievable.

Meanwhile, the Bulls got rid of their taskmaster coach. If I can make an NFL football comparison here, this is something you need to know about coaches and the athletes that play for them. They always give you that “We are a family” speech where you roll your eyes and say okay, yeah you’re a family until you find another family to pay you more. But look at the Washington Redskins. Their coach is a washed up dinosaur from a strategic and existing in the 21st century standpoint. His day in the sun was over, but when the Sean Taylor tragedy struck, all you heard was how they were like a family, and you have to give Joe Gibbs credit for holding them together like the old patriarch he is. It worked, and somehow the Skins are about to get into the playoffs with a win over Dallas, who won’t play Romo or T.O.

This being the holiday season, it’s a time to think about family a lot. Did Scott Skiles ever come across as the guy who could galvanize a team like the leader of a family? Definitely not. They all hated him, and even when he got fired on Christmas Eve he was like “It’s just another day, bah humbug.” Playing sports is supposed to be fun. Pro Athletes are overgrown children with money for all the toys they want to buy. I expect the Bulls to play with more energy from the fun, uh starting with their next game not the San Antonio trial by fire.

As far as other coaches about to lose their job, well… I remember back on Thanksgiving one of the NY papers had a turkey with Isiah’s head on it for their front page. He is a survivor. But why bog ourselves down with all that negativity?

Welcome back. Lang is running his best of The Links from ’07 and I have a special best of ’07 thing as well, although believe it or not it’s from something in the magazine you rarely see on slamonline? Curious? Suspenseful? Bwah hah hah hah hah…