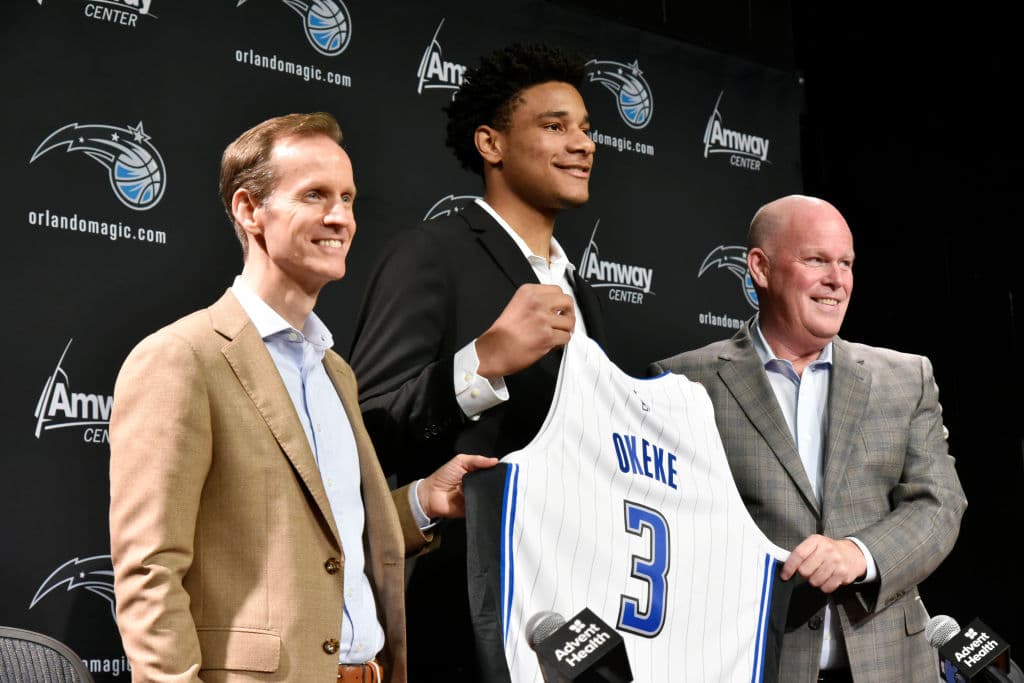 Chuma Okeke is the last remaining first-rounder from the 2019 NBA Draft without a signed rookie-scale contract and the forward won’t ink that deal until next summer, Shams Charania of The Athletic reports. Okeke, who is recovering from an ACL injury he suffered during March Madness, will spend the year with the team’s G League affiliate, the Lakeland Magic.

Okeke will have the opportunity to sign for the same amount of the No. 16 overall pick in the 2020 NBA Draft, which means he could actually end up with more salary over his rookie deal since rookie-scale contracts increase year-to-year. ESPN’s Bobby Marks projects Okeke’s next deal to include approximately $1 million more in salary over the four years than he would have made had he signed it this offseason.

Okeke’s projected deal, which will be guaranteed for the first two seasons with team options in years three and four, will keep him under team control through the 2023-24 campaign. Heading into this season, Orlando has just 13 players with guaranteed deals, as we relayed on the team’s Training Camp Roster page.