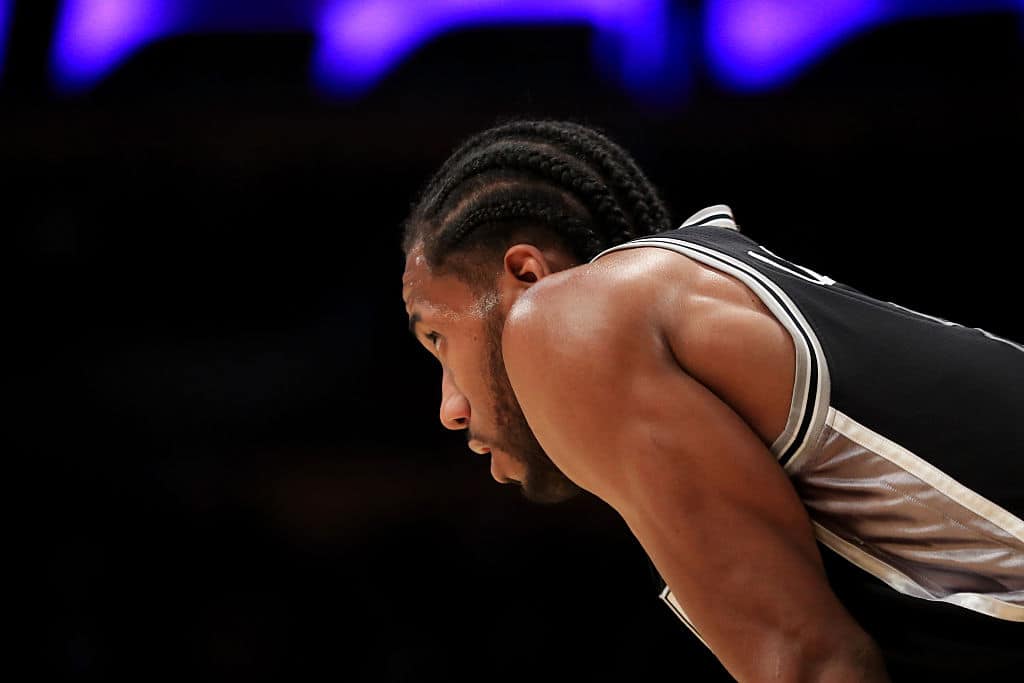 CJ McCollum certainly made a splash in his podcasting debut, musing aloud about the “very sticky situation” Kawhi Leonard finds himself in with the San Antonio Spurs.

McCollum not-so-subtly hinted that the Los Angeles Lakers have an awful lot of cap space this summer should the Cali native happen to be looking for a new home.

“It’s a very sticky situation rn in SA, I’m gonna put it like this… He’s from California, lot of cap space out there in California” #PullUpPodcast #Lakers https://t.co/77ldtvIkAu

Danny Green, meanwhile, continues to dispute the perception that Leonard is at odds with the Spurs organization over his long rehab from a lingering quad injury.

Per the In The Zone podcast (via Dime):

“I can say from our team and from their perspective and standpoint, I can speak for most of them, there is no odds,” Green said.

“We’re not at odds with him. I don’t know about the front office, I don’t know about family issues or whatever that is. I would like to guess none because he’s in the facility, he’s at the arena, he’s still there, they communicate, they still talk and check up on him, he still works out with our training staff. But from the team’s perspective, there’s nobody on our team that’s at odds with him. We understand, we have his back regardless of what he’s been going through.”