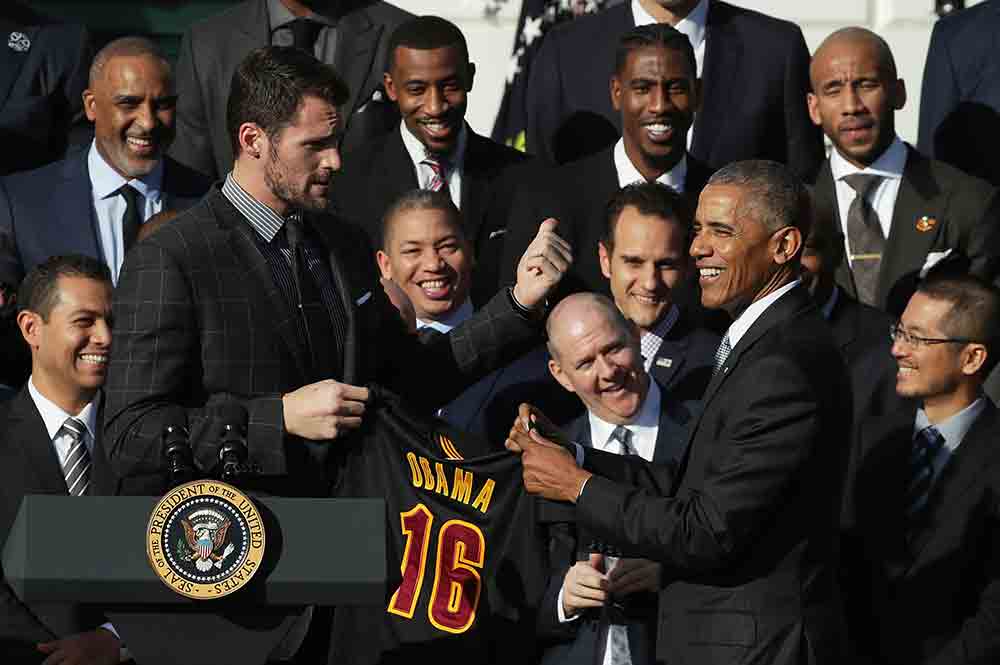 Less than 48 hours after the 2016 Presidential Election, the White House was brimming with news, and a crisp fall breeze that accompanied a picture perfect day.

“These guys were a group of champions even before last year,” President Obama remarked, as he made several references to the philanthropic endeavors by some of the players, Dan Gilbert and the Cavaliers organization as a whole.

“Seeing the first black President, and being alive for that, and how much it meant for my grandmother, and my mom, and my family…to be able to experience that, to see him in office, to meet him, it’s an unbelievable feeling,” said Cavs coach Tyronn Lue. “So to bring our players here to see that, to experience that, really means a lot to me. And it shows you how much it meant to them.”

Kevin Love presented the President with a personalized Cavs alternate jersey. Earlier in the week, Love expressed his excitement leading up to the festivities, by saying, “I’ve seen the Obama family at the White House. I campaigned against domestic violence two years back and that was a special time. But going for basketball purposes is totally different. Winning the championship, and standing there as the President talks and cracks his jokes. We’ll be suited, looking good, looking professional, and very presidential.”