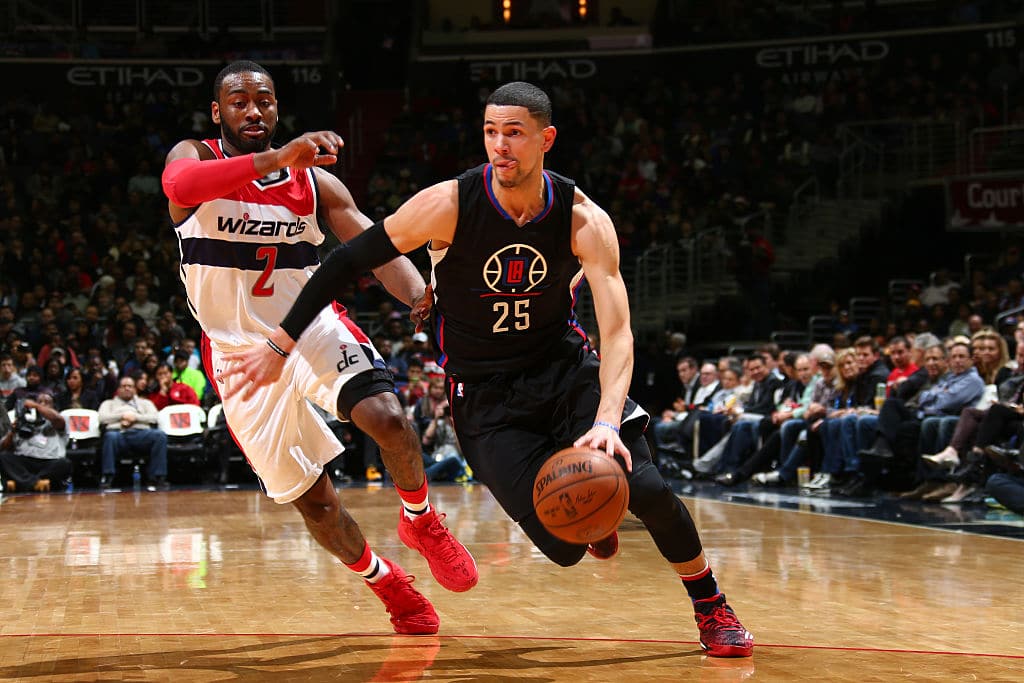 Austin Rivers is Washington-bound, having been traded by the Clippers in exchange for Marcin Gortat.

Rivers expressed his appreciation for the fourt past seasons in L.A.

Wow, I really don’t know where to start or how to put all of my emotions and feelings into words . But I’ll just start out by saying Thank You, first and foremost to the city of LA and to the fans of the LA Clippers. You have done nothing but show me love and positivity. The acceptance you gave me along with taking a chance on me 4 years ago, means the world to me! At that time I hadn’t shown much in the league….and was still trying to learn . And for you all to accept me and give me a chance to grow and play means more than you will ever know. People really don’t understand what positivity can do for someone’s confidence. And to the clippers fan base…. I really appreciate you all helping me find my confidence in the league and cheering me along the way. I know the scenario of me playing for my pops wasn’t easy for people to understand and accept ….some never will, but to the ones who did… I can’t thank you enough. Me and pops did something that has never been done in our sport!! Which was hard for a lot of people to understand but I am grateful for the time I experienced playing for him and the clippers. I want to thank all of my team mates aka my brothers. I Really appreciate y’all helping me grow as a player and a person! I also want to thank all of the coaches and all of the staff of the clippers organization! A lot of you don’t get the credit you deserve! From the great training staff, to all the people that make our job and life that much easier, I really am thankful!! Always will love LA and consider it a home! Thanks -AR25 M.o.a.M

Gortat, 34, made no secret of his frustration with his diminished role on the Wizards, and his arrival in Hollywood could signal DeAndre Jordan‘s impending departure.

Rivers and Gortat are in the final years of their contracts and will become free agents next summer.

“Acquiring Austin gives us another versatile, experienced player who provides scoring and playmaking,” Wizards general manager Ernie Grunfeld said in a statement. “He is coming off a career year and his ability to create offense for himself and others will help our second unit and allow us to play a variety of lineups throughout the season.”

Gortat, who also took to Instagram to say goodbye to Washington, gives the Clippers a starting-level center should DeAndre Jordan opt out of his $24.1 million contract before Friday’s deadline. Even if Jordan opts in to the deal, the Clippers and Jordan would work together to find a trade out of Los Angeles, preferably well before the February trade deadline.

Related
Marcin Gortat ‘99% Sure’ Wizards are Trading Him