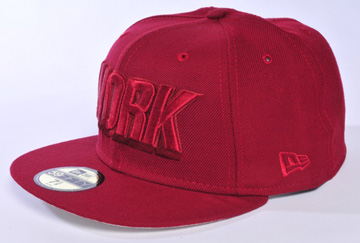 For a four-day stretch in February, the past met the future in Norman, OK. On

Walking onto the court in Norman for the first time since leaving school after his sophomore year at Oklahoma, Griffin participated in a night named in his honor while wearing a distinct customized hat supporting Sooners’ crimson and creme with the word “WORK” displayed vividly on top. Work – a word that Griffin uses to define himself and his journey from the 2009 Naismith college player of the year to the number one overall pick in the draft and now rehabbing from a season-ending knee injury before ever playing a regular season game in the association.

The hat, designed by Griffin himself, displays the quote — “Success is when talent means hard work” — underneath the rim, again the motto of Griffin’s journey and recovery from setback this year. The back of the hat showcases Griffin’s initials, “BG.”

“I chose that quote because it reflects who I am, both a person and an athlete. For many people, talent comes naturally. But I’ve always felt that it’s the hard work you put in that ends up making the difference,” said Griffin in a statement.

LockerBlogger, a social networking and merchandising platform connecting athletes with their fans, has released 500 limited edition Griffin hats and wants to give SLAMonline readers a chance to win one of these esteemed products.

“We’re excited to work with great athletes like Blake. The promotion with Blake’s hat illustrates how LockerBlogger helps pro athletes market their merchandise, charities and other ventures,” said Steve Rimland, CEO/Founder of LockerBlogger. “LockerBlogger’s ultimate goal is to provide athletes with simple tools to help connect with their fans while building their online brands responsibly.”

LockerBlogger is giving away four limited addition hats. First prize is a cap personally autographed by Griffin and three other readers will win “Work” hats to represent Oklahoma University and Griffin himself.

To win – share a story about a time when you saw hard work and talent culminate in success. Ball, life, love or all three, share your best story in the comments below to win this lid.