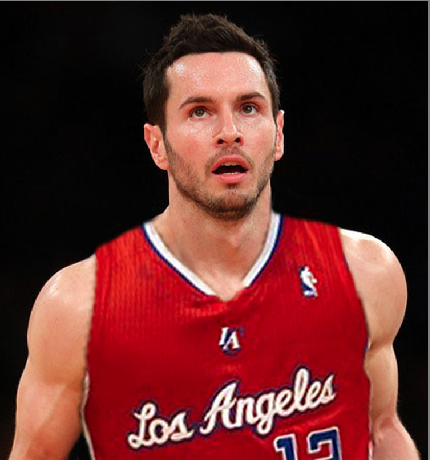 This is another installment of Court Changes—a summer breakdown of trades and free-agency signings. The series will get into the motivations behind the moves and how these transactions will affect teams’ trajectories. By diving into Court Changes, you will go a little deeper into this offseason. All opinions are those of the writer.

The Clippers made this trade because: they needed to give up a luxury to obtain a necessity.

With Chris Paul’s new five-year, $107 million contract, the Clippers clearly have a star point guard who will be the face of the franchise for the present and future. With Eric Bledsoe’s contract expiring after this next season, he would have inevitably left L.A. in order to find a place where he could potentially be a star point guard himself.

So instead of letting the underutilized guard walk next summer, the Clippers used their asset to test the market. After weighing different options, which included Arron Afflalo, DeMar DeRozan and OJ Mayo, they decided to bring in a clear upgrade from Willie Green and Chauncey Billups in Redick. They also unloaded Butler’s $8 million he will be paid next year and accepted a younger Dudley, who will make about that much money over the next two seasons combined.

The Clippers needed four main things after last season’s first-round exit: a new head coach, CP3 to re-sign, improved outside shooting and more depth in the frontcourt. With Doc Rivers and Chris Paul locked up, Redick and Dudley provide the necessary shooting to help an offense that was stagnant at times when Paul had to seemingly do it all. They now have Redick (39.0 career three-point percentage) and Dudley (40.5 career three-point percentage) ready to spot up from deep.

The Suns made this trade because: they took advantage of an opportunistic situation.

Unlike the Clippers in their persistent search for a 2-guard and a team to take Bledsoe and Butler off their hands, the Suns weren’t necessarily active in attempting to get Bledsoe. Before the trade became official, very few were discussing the possibility of this type of trade. This wasn’t an acquisition that would fill a specific missing piece the Suns’ roster desperately needed.

But with Suns newly hired general manager Ryan McDonough in charge and ready to make his mark, Bledsoe became a reality for Phoenix very quickly. McDonough only gave up a role player in Dudley and a second-round pick in order to get one of the most potential-filled players in the League. He knew the Clippers couldn’t afford to hold on to Bledsoe for another year and turned that into a favorable situation for his franchise as they now have a young piece to build on for the future.

The Bucks made this trade because: Redick is not a part of their plan.

Even though they had plenty of cap room to bring back the sharpshooter, after a dreadful postseason and falling out with now-fired head coach Jim Boylan, Redick looked to be a mid-season acquisition for the Bucks and nothing more. While they have said they plan to re-sign Brandon Jennings and are still wavering on Monta Ellis, the Bucks knew they didn’t want Redick back once the Heat swept them.

So with the Clippers’ desire for a shooting guard, Milwaukee decided to help them and get something more out of Redick’s departure than simply cap space. They received two future second-round picks that could be valuable assets moving forward.

This is good for Doc Rivers because: he now has an exceptionally fitting roster and coaching staff.

During his time with the Celtics, Rivers showcased superior defensive coaching as his teams ranked in the League’s top five of opponent ppg for five of his last six years. “Defense wins championships” is more than a motto for Rivers, who requires that his players focus more on their defense than their offense.

There has been a downside to his coaching, however, as his offenses have never been that impressive. The Celtics failed to average at least 100 ppg the past four seasons and averaged a League-worst 82.3 ppg during last year’s Playoffs.

Rivers just got pieces in Redick and Dudley that will aid his offense. Consistent three-point shooting in this League stretches a defense, which opens up lanes for guards to penetrate and provides room inside for big men to go to work. The Clippers’ two All-Stars (Paul and Griffin) are particularly helped with Redick and Dudley on the floor.

Redick, specifically, should fit quite nicely into some of Rivers’ sets that he ran for Ray Allen while in Boston. During his six years in the League, Redick has worked to develop his game, turning into much more than the spot-up shooter he was coming out of college. Redick has become one of the best at moving without the ball and effectively using screens, and Rivers will have plenty of catch-and-shoot plays drawn up exclusively for his shooting guard.

Redick can also be one of Rivers’ ball handlers when Paul needs a breather. Not only did he average a career-high 4.4 apg with Orlando before being traded to Milwaukee, who already had Jennings and Ellis needing the ball in their hands at all times, Redick also had the third-highest assist-to-turnover ratio among shooting guards who played at least 50 games last season.

Dudley might not be the bigger name in this deal, but he has just as much value. With Dudley’s size (6-7, 225 pounds), the Clippers’ small forward gives his coach some flexibility in his lineups, as he can play the 2 in some larger lineups and the 4 in small ball. Most importantly, Rivers has assistant coach Alvin Gentry, who coached Dudley for five years in Phoenix, to help utilize Dudley to his full potential.

The only bad part about all of this for Rivers is that he now has no excuse to not win and win big.

This is bad for the Bucks’ direction because: they don’t seem to have a direction.

Going back to this past season’s trade deadline, the Bucks made one of the biggest splashes by snatching Redick for their post-season run. In giving up the still-developing Tobias Harris and Doron Lamb for a more-developed Redick, the Bucks were attempting to move up the Eastern Conference ladder; tanking didn’t seem to be a likely scenario.

But they just gave away their prized mid-season acquisition for little to nothing in return. These second-round picks are nice assets, especially with the upcoming Draft, but it seems as though they were willing to give away Redick without any resistance. The Bucks should and could have held out for a better deal for Redick—just like the Clippers did with Bledsoe—but decided to pull the trigger. With the likely departure of Ellis and currently having one of the lowest payrolls in the League going into next season, the Bucks seem to be focused solely on the future.

Or are they? Along with a desire to keep Jennings, Milwaukee has been reported to be very close to signing OJ Mayo, which would cost them considerably based on comparable contracts negotiated so far this offseason. This move for one of the best shooting guards on the free-agent market goes against any suggestion of a tanking plan. The 2014 NBA Draft is supposed to be one of the best ever, so many teams that know they won’t be able to compete next season are looking to tank…even though they won’t admit it. Will the Bucks improve just enough to remain a mediocre, fringe playoff team yet again? It’s difficult to predict because their direction is currently so unclear.

This is good for Suns fans because: they will get to watch a talent-filled sparkplug re-energize their franchise.

Last season was not a fun one for anyone who kept up with the Suns. Not only did they finish last in the West with a 25-57 record, they also failed to have any sort of liveliness to their play. Even though Goran Dragic is a crafty lefty with plenty of tricks up his sleeves, his team didn’t come close to the level of entertainment being brought night in and night out from the other West teams. By bringing Bledsoe to town, Phoenix will have a 6-1 point guard who has an absurd amount of freak athleticism who will show it off with his powerful dunks and chase-down blocks.

If you expand Bledsoe’s playing time from last year to 36 minutes, he would have averaged 14.9 ppg, 5.4 apg, 5.2 rpg, 2.5 spg and 1.3 bpg. This isn’t to say he will now average these numbers with the Suns—he is going to a new team with different teammates and a different coach. But these numbers illustrate the potential the 23-year-old has if given the opportunity to be more than CP3’s backup. He will get that in Phoenix.

Even though the Suns might not quite have a roster equipped to legitimately make some noise in a competitive Western Conference, they now have an explosive guard ready to give fans highlights and dynamism for years to come.

The Clippers won this trade because: they are now a true Championship contender.

After winning a franchise-best 56 regular-season games followed by a first-round exit, the Clippers weren’t a contender but looked to be close. Just as teams have shown time and time again (2011 Mavs, 2009 Lakers), sometimes a few roster adjustments can change a winning team to a Championship team.

By signing Doc Rivers and obtaining Redick and Dudley while still having their Mid-Level Exception (this could be used on Carl Landry to add some frontcourt depth), the Clippers seem to be taking the necessary steps to make these crucial adjustments. Their spacing problems from last season won’t be much of an issue and their head coach/point guard tandem will provide invaluable leadership.

The West might have a new favorite to come out of their conference.

What a crazy day. Couldn’t be more excited to join #ClipperNation. So incredibly grateful. Now I gotta work on my dunk shot. #LobCity