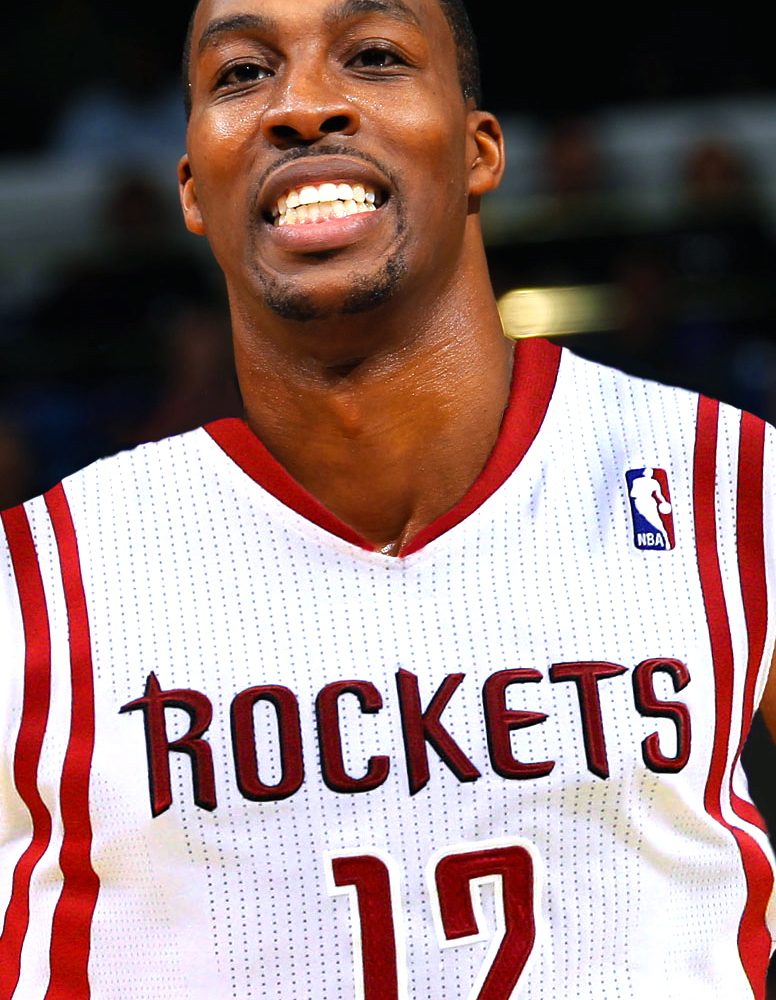 Howard chose the Rockets because: he’s ready to get his ring. Soon.

As Howard put it, “I want to win. Nothing else matters.”

Let’s make one thing clear: This was not an easy decision for Howard. He had to choose which direction to take his career while, in the process, disappointing millions of fans from four NBA teams across the nation. That’s a lot of pressure for a 27-year-old, and the fact that he decided to take some downtime in Aspen, CO to think things over should be considered perfectly acceptable.

In the end, the Rockets offered Howard the best chance to win a Championship in the very near future. While all Dallas and Atlanta could show him was the cap space to possibly bring in more players down the line, Houston showed him a roster that includes All-Star James Harden, Chandler Parsons, Jeremy Lin and Omer Asik, who is currently a sought-after trading piece. Golden State made a last-second push to change Howard’s mind by signing Andre Iguodala, but it would have been very difficult for that team to win this sweepstakes based on their players already under large contracts.

Along with a fifth contract year and $30 million more, the Lakers have a culture of winning that they thought would be enough to sway their big man. They even tried to convince him to stay with the suggestion of LeBron James or Carmelo Anthony possibly joining the Lakers next summer—but so much of the Lakers’ argument relied on the past and the future. Howard wants to win in the present; he doesn’t care about the significance of a team’s history or the possibilities of what can be. He cares about the roster’s makeup right now.

And what the Rockets’ roster consists of is a Playoff team ready to compete. General Manager Daryl Morey, who is changing the way managements approach their profession, has put these pieces together by means of a new-age method. He has found worth in players by intricately analyzing and breaking down numbers. It’s worked out for him as he has gone from having Kevin Martin as his best player to making two of the biggest splashes in less than one full calendar year.

By going to Houston, Howard also gets the opportunity to play for one of the best power forwards of all-time in Kevin McHale and learn from Hall-of-Famer Hakeem Olajuwon, who already promised Howard they will begin working out together this summer. As a center who wants to improve his game and learn more post moves, he joins an organization that will put people in his life who can help him accomplish both of these missions.

Howard said he would make his choice for basketball reasons. He did just that.

Howard is good for the Rockets because: he can be the anchor for this defense.

McHale certainly knows how to build an up-tempo team as the Nuggets were the only squad to outscore his Rockets during last year’s regular season. However, when it came to the other end of the court, even with a strong defensive anchor in Asik, they struggled to stop their opponents from putting the ball in the basket. The Rockets’ defense gave up the third most points during the regular season (102.5) and the second most points in the postseason (105.8), allowing the Thunder to score over 100 points in all six games.

The three-time Defensive Player of the Year gives Houston a rim-protector (2.2 career bpg) that will instantly impact their defense while still supporting the offense. During the past five seasons, Howard’s teams have outscored their opponents by 1,989 points with him in the game and been outscored by 231 points with him on the bench. Other than Miami’s James and Wade, Howard has the League’s best plus-minus of +1,989 during this time period.

Houston’s defense is also getting the best defensive rebounder in the League. Since his second season in the NBA, Howard has averaged at least the third-most defensive rebounds per game every season and has been the League leader three of the past four seasons. Just as Tyson Chandler was able to do for the 2010-11 Mavericks on their way to a Championship, Howard could use his defensive presence to influence this offensive-minded squad just enough to make them a legitimate contender.

Howard is bad for the Rockets because: we could be going through all of this again in two years.

That’s right, we’re not done with the Dwightmare quite yet. Howard’s max contract includes an early termination option after the 2015-16 season. So if things don’t pan out with the Rockets over these next two seasons, Howard could yet again put his team’s front office in a chokehold and force them to do his bidding during the summer of 2015 since he can use his early termination clause to become a free agent in 2016. When it comes to this indecisive player, it is very difficult for anyone to figure out what is going on in his head…so that doesn’t bode well for the Rockets if they aren’t able to win quickly and win big. Or give him the TV show he wants.

This signing will have a significant impact on the Rockets because: Howard will force teams to change their entire approach when facing the Rockets.

No matter where Howard went, he was going to change everything about the foundation of that team. McHale will now go from a purely three-point shooting, fast-paced approach that relied on few drawn up plays and simply isolating Harden to one that must implement definite plays for Howard on the block along with a plethora of pick-and-roll plays between Harden and Howard. If the Rockets can spread the floor by surrounding this pair with three-point shooting, running the Harden/Howard pick-and-roll will be nothing short of lethal. If there wasn’t enough reason to run it, Harden and Howard ranked in the top three in free throw attempts last season and could potentially be getting teams into foul trouble on a consistent basis.

Even though this signing makes the Rockets substantially more competitive, they still have work to do in order to become a valid Championship contender. One of the most valuable type of role players is the “Three and D” player, who can drain treys and lock down opponents of multiple positions on the other end. (For an example, see Shane Battier.) The Rockets have no one that fills that role and need to find someone via free agency or a trade that can battle the top wingmen from the West.

The Rockets will also have to fight through a continually improving conference to make some real noise. The Thunder, Clippers, Grizzlies, Warriors and Spurs have all retained their cores or even improved upon them since the season ended, and these teams have the advantage of already having chemistry set in place. Howard will need to find a way to rapidly get a grasp of his role on the Rockets if he doesn’t want to see his new team begin to fall behind in the standings.

Once Howard’s Rockets find a way to get into their stride and establish their own chemistry, they will be right in the thick of their conference’s playoff race.

Just found out that @DwightHoward also plays chess & table tennis! I think this is the beginning of a beautiful friendship…