The Knicks are pretty good! Through more than a quarter of the season, they are 15-13, a likely playoff team in the thick of the home-court mix. Carmelo Anthony looks like his classic self, Kristaps Porzingis is a star, and Derrick Rose is growing stronger as the season progresses.

But don’t sleep on their shooting guard, Courtney Lee, who signed on for four years in July. The nine-year vet is giving New York just what they need most—a stingy defender who can score without dominating the ball.

Recently, we caught up with Lee, now in his second tristate tour, to look back on his long-winding career, and to scout the good-lookin’ Knicks.

SLAM: How do you like living in New York?

SLAM: Where do you live?

CL: I’m in White Plains now—the practice facility is out there, airport, so it makes it easy. I want to buy eventually in the city.

CL: That’s the thing a lot of people don’t understand. They’re like, Man, the longest you’ve been on a team is two years, is that tough? Well, once you go to these other cities, you build friendships with all these players, front office people, media people, people in the city—you network.

SLAM: What’s your favorite city that you’ve lived in?

SLAM: You went to the Finals with Orlando your rookie year. That team shot a ton of threes. Was it sort of ahead of its time?

CL: Yeah, it was actually the start of shooting all these threes, ‘cause we was four out, one in, the entire game. We let Dwight control the paint, and put four shooters around him. So we were kinda that Golden State system before they took off with it.

SLAM: They traded you for Vince Carter (and Ryan Anderson). Do players care who they get traded for?

CL: Not really—you’re getting traded one way or another. It’s not gonna make you feel better that, Oh, it was for Vince Carter. Especially as a young player. ‘Cause when you’re young—that was after my first year in the League—you don’t understand that you can be traded like that, that it happens like that. I was like, Wow, this is crazy. I was upset about it. 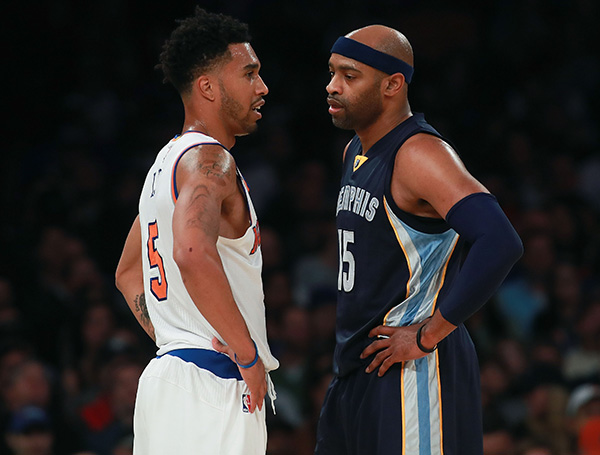 SLAM: Then that Nets year was—

CL: Tough. I went from sugar to shit, man. Cream of the crop to the bottom. Going to the NBA Finals to 12-70. Fans wasn’t showing up, and when they did show up, they had paper bags on they face like, We’re horrible.

SLAM: You went to Houston next.

CL: He’s cool. 7-6, big as shit, man. We actually got to go to China that year. He took us around the cities, showed us a bunch of places. It was one of those things—being traded, meeting people, building relationships. Yao’s a cool guy, man.

SLAM: You’ve played with so many good big men. Z-Bo in Memphis—

SLAM: True. Who wins in a footrace between Brook, Z-Bo, Marc and Yao?

CL: I’m taking Yao if he’s got his healthy feet. But you named a lot of slow guys. Z-Bo might come out on that one.

SLAM: What’d you learn playing alongside Randolph and Gasol?

CL: Just a different game—traditional game. Two post guys, throw it down low, space the floor. My time in Memphis was real gritty. We made it tough on our opponents—like, you gonna get hit if you cut in our paint. I always played D, but their style of defense was collective, like, We wanna wear you down.

SLAM: What are your impressions of Kristaps Porzingis?

CL: Porzingis is cool, man. He’s young. He hasn’t reached his peak—he’s still developing his body. But he’s a special player. You can’t teach 7-3 with that shooting capability, his touch, and he protects the rim, so—once he gets to that All-Star level, he’s gonna be there for a while. 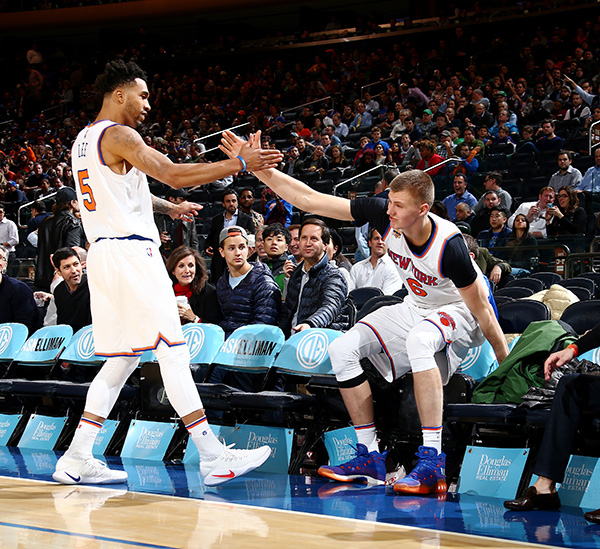 CL: Yeah! You can pull something from pretty much all the big men, and some guards [laughs]. He reminds me of Dirk—a more athletic Dirk. Marc Gasol with his shooting capability, KG with his rim protection, Yao with his size and being able to shoot the ball—his fadeaways and stuff.

SLAM: The classic knock on Melo is that he might get his points in a given game, but he doesn’t share the ball enough. That seems like it’s changed over the past few years. Have you enjoyed playing with him?

CL: Melo is Melo. He’s one of the rare talents on the offensive end that’s capable of getting buckets in many ways. You wanna take advantage of that. You wanna give him the ball, ‘cause once he gets going, it’s gonna help everybody else. Coming down to crunch time, you want a guy that can put the ball in the basket.

CL: Sketches, drawings. I can paint, but I haven’t painted in a while. It’s mostly like sketches. I can just sit down and draw whatever’s in front of me, just like that, but it takes time.

CL: Good details. I look at it, erase it, draw it until it’s perfect. It’s more of an offseason thing when you got time to kill.

SLAM: You go to many galleries in New York?

CL: Not in New York, but, in Miami, when Art Basel is going on, I check that out. It’s during the season, but we caught the tail-end of it when we were in Miami.

SLAM: Cool—that’s all I’ve got for you.

CL: That’s it? That was easy, baby. Easy peasy.

SLAM: Yeah, I mean you’re having a good year, so—

CL: Third in the League in three-point percentage, man.

CL: Forty-six right now. But it was 48 before last night.