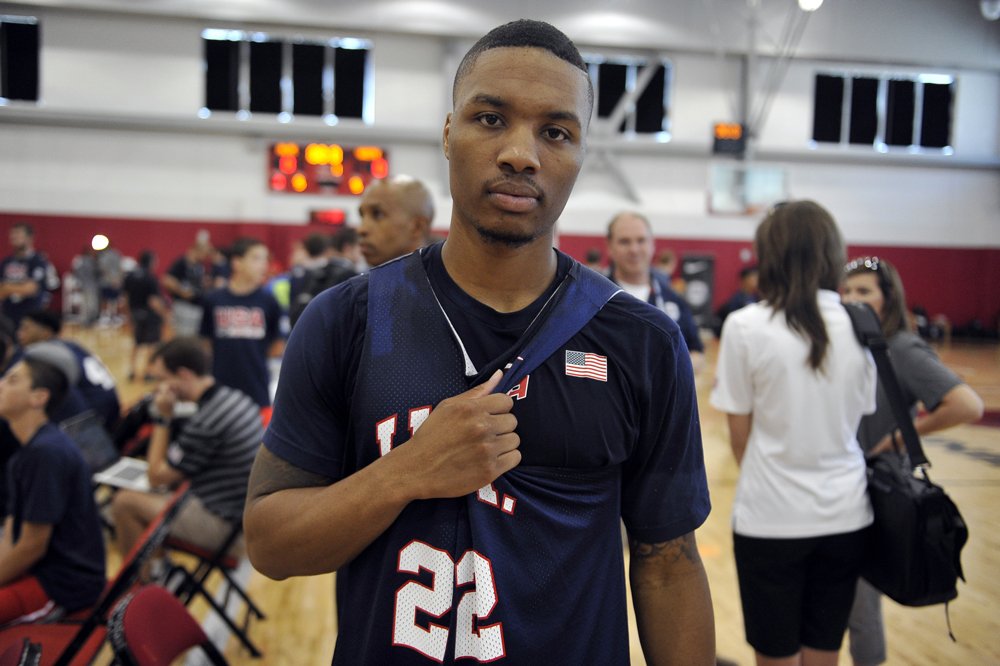 USA Basketball announced Wednesday afternoon that Damian Lillard has been added to the roster of finalists for the 2016 U.S. Olympic Men’s Basketball Team.

The Portland Trail Blazers star guard lobbied for this opportunity; he’s putting up career-high averages of 24.2 points and 7.3 assists per game.

Team USA named 30 other finalists for the squad last month.

Named to the 2014-16 USA Basketball Men’s National Team in January 2014, the 6-foot-3 guard was a finalist for the 2014 USA World Cup Team, and played in two exhibition games during the 2014 USA National Team Tour, recording seven points, three rebounds, three assists and one steal in 24 minutes of action in the USA’s 105-62 win against Dominican Republic on Aug. 20, 2014.

“I recently received a call from Damian, and during our conversation he expressed his desire to be considered for the U.S. Olympic Team and to remain involved with the USA National Team in the future as well,” said Jerry Colangelo, who has served as the managing director of the USA Men’s National Team since 2005. “Both Mike (Krzyzewski) and I feel like Damian is playing at a very high level and that he should be added to our list of Olympic finalists. Damian has been a member of the USA National Team since 2014, and he participated in National Team training camps in 2013 and 2014, so he does have equity in USA Basketball, which is always important to me.”