Those of you who’ve read this publication over the past couple decades likely already know this, but SLAM was founded with the intention of exploring and practically living in the space between basketball players and musicians. In the early days, we (fine: they) would pair up an NBA star and an artist—Allen Iverson and Roots drummer Questlove; Dennis Rodman and Pearl Jam bassist Jeff Ament; Anthony Mason and The Beastie Boys—and let the magic flow from there. Apart from some legendary streetball stories and uncut interviews that were unlike anything you’d find in most “mainstream” sports outlets, those pieces still stand out among the rest when I thumb through old, now-deteriorating issues of the mag. Peak SLAM, if you will.

Then the late ’90s hit, and the worlds of hoops and music (specifically hip-hop) crashed into one another with more force than ever. Basketball stars started dressing like rappers, and SLAM covers looked increasingly like the front pages of The Source and XXL, with the aforementioned AI resolutely embodying this movement. Naturally, we (fine: they) were happy to ride this wave into pop culture relevance, in the process creating some of SLAM’s most iconic covers and issues to date.

There was a slow steer away from some of those vibes in the years that followed 2005’s NBA-instituted dress code, as players began showing up to games looking prepped for the glossy pages of GQ and Esquire. They still do, and they’ve seemingly enjoyed it, too—and lord knows we’re in no position to tell athletes what clothing they should or should not be wearing (even if today’s “dress code” is a total joke). Yet what might have gotten slightly lost in this aesthetic shift is that the original interlocking of hoops and music, so effortlessly represented in our mag and others during a previous generation…it never really went anywhere. In fact, the two are more intertwined than ever. It all just looks a little different than it used to. 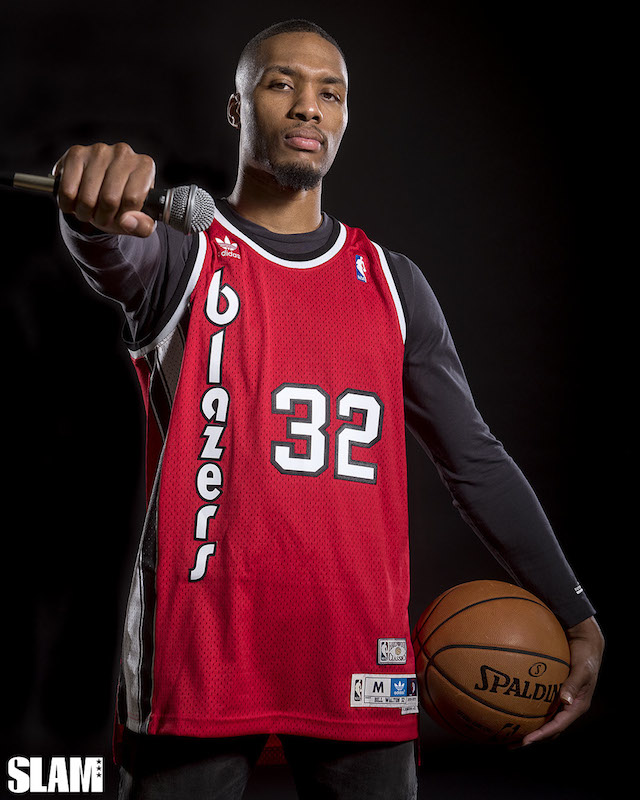 Our new issue proves that. We’ve still got your usual dose of hoops—a strong high school ball section, a couple of action photo posters, some bball history reading—but for the most part, every story in SLAM 205 is devoted to the ever-evolving crossover between the worlds of basketball and music. There’s a rookie who produces beats in his spare time. Twin college guards who make R&B ballads. A vet who strums the guitar to forget about the frustrating fact that he’s not allowed to set foot on an NBA floor. A retired big man who rocks EDM shows across the globe. A rapper who dreamed of playing pro ball his entire life, only to fall short—and still wind up on the Billboard charts. An All-Star who lives with an aspiring rapper. Another All-Star (in the video above and the cover below) who was an aspiring rapper, then a successful rapper, and is now an aspiring music mogul. And trust—we could’ve gone on and on and on. Because the crossover between basketball and music is no longer much of a crossover. The term “crossover” implies two separate, distinct worlds. The industries are more meshed together than ever before. They’re one. And we’re very much here for it, perpetually exploring that space, practically living in it. 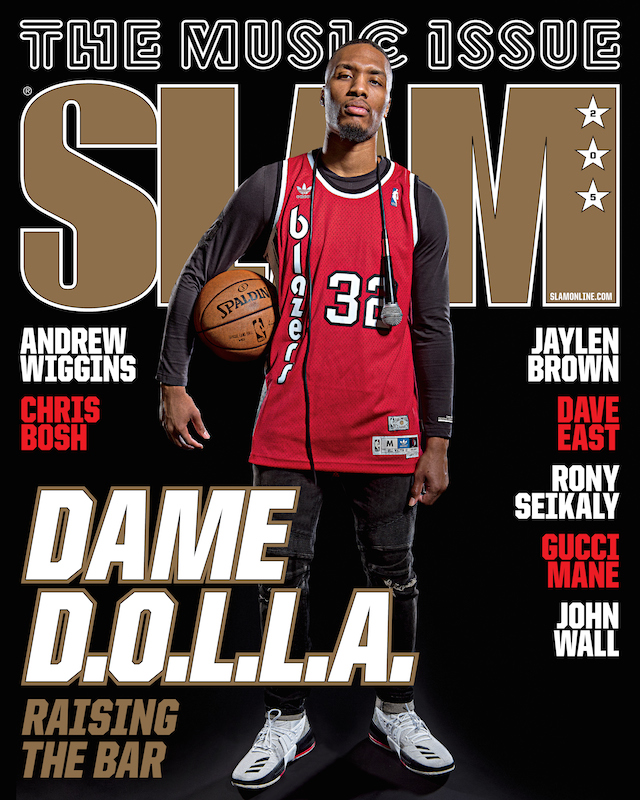