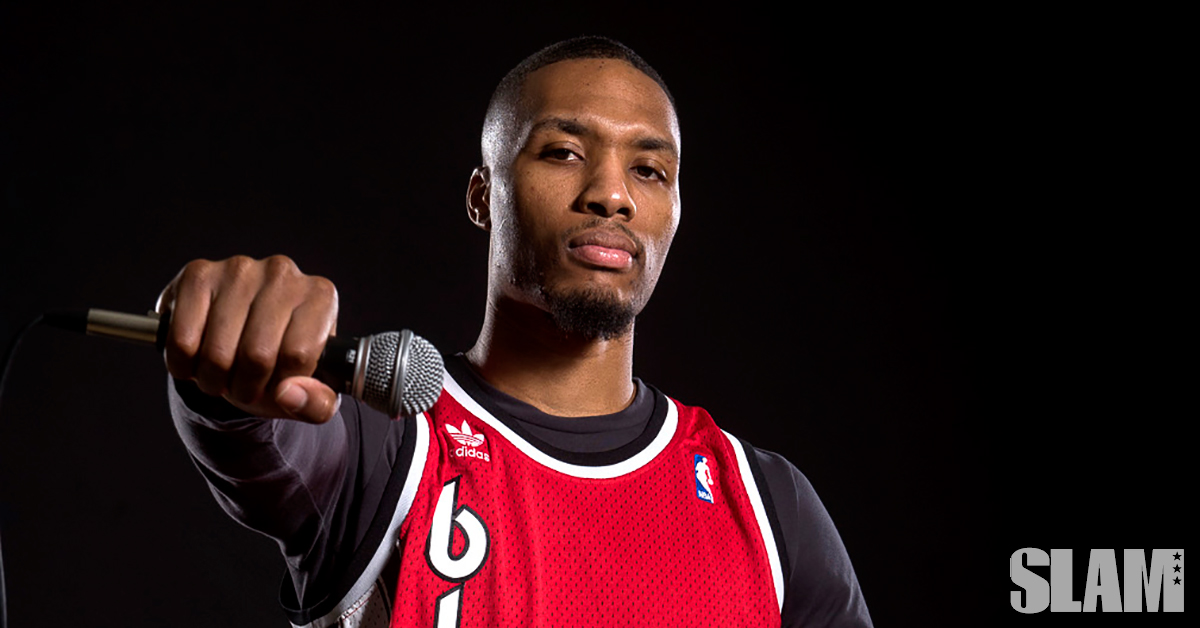 When Damian Lillard isn’t training for the upcoming NBA season, the Trail Blazers star has been hard at work recording his much-anticipated second album.

According to an ESPN report, Dame D.O.L.L.A. has been spending as much as 12 hours a day in the studio working on the follow-up to his debut album, The Letter O.

While no release date has been determined and he’s not ready to reveal specifics about the content on his second album, Lillard has been in the studio for seven straight days working on the project, which has support from some of hip-hop’s most prominent figures, including Lil Wayne and super producer Scott Storch. […]

Each morning in Santa Montica, Lillard works out for over two hours and then heads to the studio from 1 p.m. to 1 a.m. Brookfield Duece and Danny From Sobrante, two artists off of Lillard’s record label “Front Page Music,” also camp out in the studio, steadily offering suggestions while Lillard softly recites lyrics from the notes section on his phone.

RELATED:
Damian Lillard on His Next Move in Music: Record Label CEO