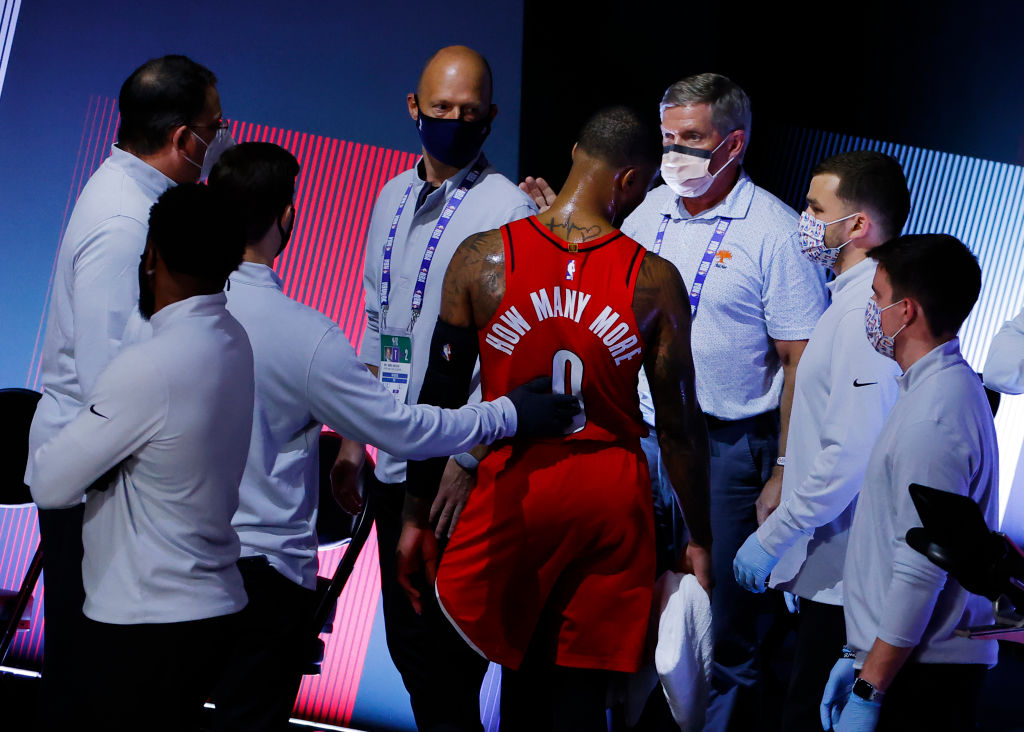 Update #1, Aug. 21: Damian Lillard said himself that he will be available to play for Game 3, Marc Stein of the New York Times reports.

A dislocated left index finger will sideline Damian Lillard for at least the remainder of Game 2. The superstar injured the finger in the third quarter of a lopsided game between the Portland Trail Blazers and Los Angeles Lakers.

An X-ray conducted on Lillard’s finger returned negative so there’s hope that the All-Star has avoided a significant injury. That said, there’s been no official timeline reported for the injury or even in-depth explanation of the injury itself.

Shams Charania of The Athletic reports that there is optimism will still be able to suit up for Game 3 on Saturday. He has already returned to the bench for the Blazers, with tape on his injured hand.

Lillard is right-handed so the injury is on his non-shooting hand, small consolation for a Blazers team that has desperately relied on his heroics to sneak into the postseason.

This post will be updated with details as they are provided.