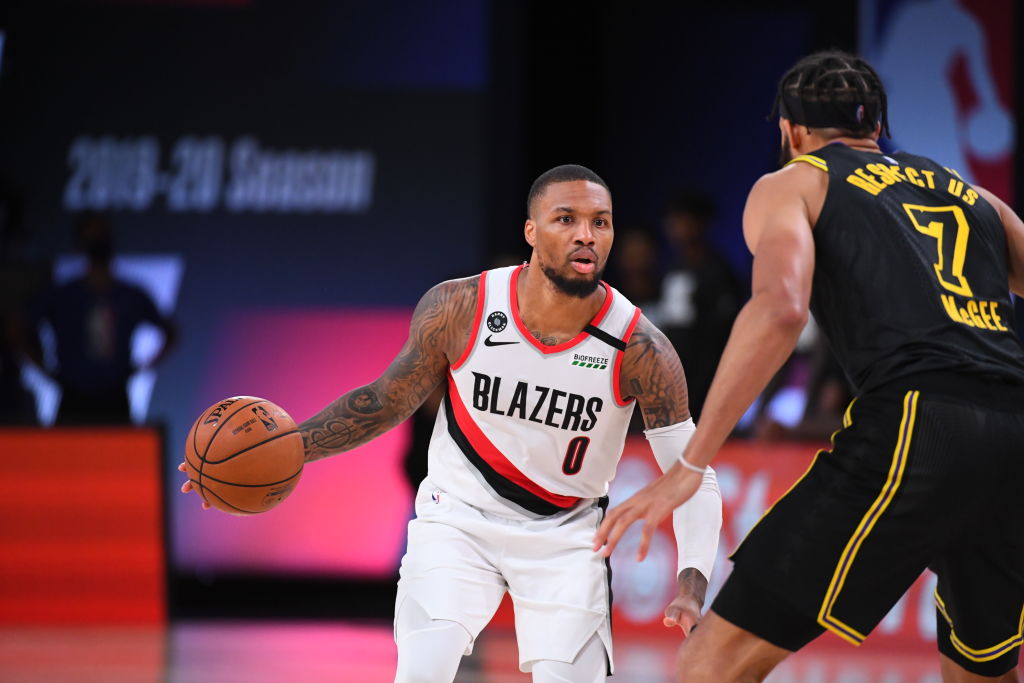 Update #1, Aug. 25: The Blazers have downgraded Damian Lillard’s status to ‘Out’ ahead of Game 5. Chris Haynes of Yahoo Sports adds that Lillard would likely remain unavailable even in the event that Portland lives to see Game 6.

The Portland Trail Blazers lost Damian Lillard to a right knee injury in the third quarter of their Game 4 loss to the Lakers. An MRI conducted on the star guard has come back inconclusive, the team has announced.

Lillard will undergo an additional MRI on Tuesday as the team seeks to better understand the issue plaguing him.

The All-Star attempted to return to the game after initially injuring the knee on a driving attempt but promptly returned to the sidelines and didn’t return.

While the game was long lost before Lillard missed the majority of the second half, any extended absence for Lillard would be a major hurdle for an already depleted Portland squad facing elimination against the NBA’s top seed.

This isn’t Lillard’s first brush with injury this series. He dislocated a finger on his non-shooting hand in Game 2 but was able to suit up in Game 3 without issue.